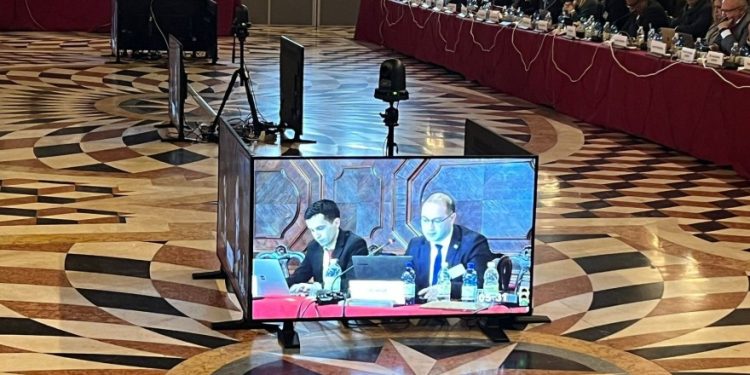 He participated in the 133rd plenary session of the Venice Commission; in his speech delivered at the session, he underlined the importance of the Opinion and dwelt on the positive assessments made concerning the legal package in various directions.

As he noted, the election legislation has been revised on the basis of the recommendations issued by the hereof organizations as he informed the Venice Commission members and the attending experts.

“On December 7, we in detail deliberated the Opinion within the Working Group on Revision of the Election Code, and on December 8 held a hearing at the Legal Issues Committee attended by the representatives of all political subjects and civil society. Simultaneously, we held negotiations with the political groups that were not participating in the Working Group and summed up significant positions concerning the changes, which has been additionally reflected in the Draft upon the II reading. Yesterday, the Parliament adopted this legal package with the II reading with wide consensus – with support of the opposition parties and independent MPs. At the sitting of the Venice Commission, I highlighted all the recommendations provided in the report and reflected in the Draft and hence, informed the Commission members about the whole process,” he added.

Next week, the Legal Committee is discussing the Draft with the III reading to further submit it to the plenary session for endorsement, by which, the EU recommendations – the 12-point plan will be fulfilled within the current year.