Vakhtang Gomelauri: Role and Importance of Police in Daily Life of People was Especially Emphasized in Fight Against Virus 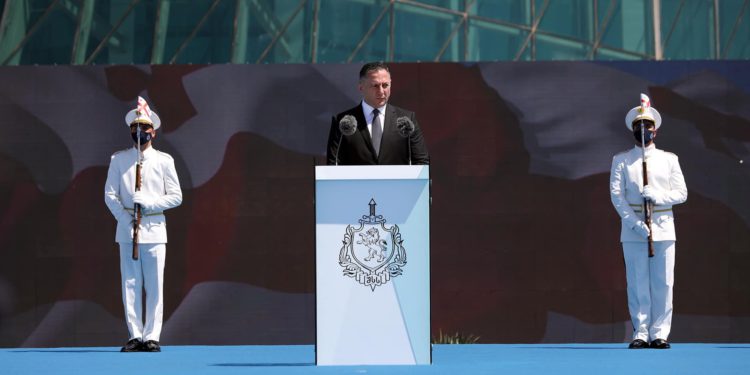 May 31 is Police Day, to celebrate the day, an event was held near the administrative building of the Ministry of Internal Affairs.

The event started with a speech of the Minister of Internal Affairs, Vakhtang Gomelauri. He stated that in the fight against the virus, the role and importance of the police in the daily lives of people was especially highlighted, Gomelauri noted that the police had the greatest role in protecting human lives.

“The role and importance of the police in the daily life of the people was especially emphasized in the fight against the virus. Every step we took was well thought out and well planned. In this situation, the purposeful and effective work of the police was of great importance for the protection of public order, human health, and life.

Despite the difficulties caused by the pandemic, we have not been even for a moment hindered in our uncompromising fighting against crime. During all this period, all departments of the Ministry have been operating effectively,” stated Vakhtang Gomelauri.