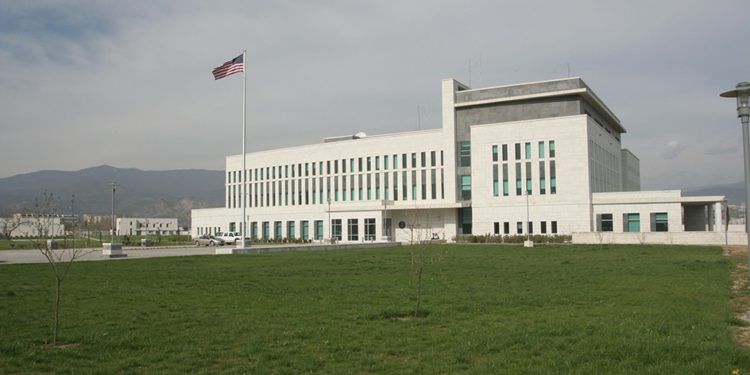 “On October 31, while the country was focused on the municipal elections, the Judiciary selected two new members to the High Council of Justice, replacing the previously unannounced early resignation of two sitting members,” reads the US Embassy statement on Conference of Judges.

“The process was neither competitive nor transparent. A single candidate was offered for each vacancy. There was little advance notice of the intent to fill the seats left open by the pre-term resignations. There was no opportunity for consultations or participation by a broad range of qualified candidates, nor for meaningful engagement by relevant interlocutors and civil society. It is disappointing that the Judiciary missed the opportunity to show transparency and failed again to elect its representatives through a competitive and democratic election process.

“The United States has long sought to build the capacity of qualified and dedicated judges while calling for reforms that would allow for accountability for judges who undermine the legitimacy of the judicial system. This includes seeking legislative amendments to avoid corporatism and to safeguard the principles of democracy, equality, and adherence to the Rule of Law. Judiciary leaders maintain the judiciary is unfairly criticized for the lack of transparent and merit-based appointments, promotions, and transfers. Yet when the Conference of Judges rushes through important decisions without competition or transparency, it demonstrates unwillingness to embrace reforms that would increase transparency, accountability and public trust in the appointment process, the candidates, and in the High Council of Justice. The many qualified, professional members of the judiciary who are shut out by such a closed system deserve better.

“An ethical Judiciary is the backbone of a country’s adherence to Rule of Law. An independent and professional judicial system that is trusted by and serves the people is essential to promoting equitable growth and attracting investment by Georgian and foreign businesses. The United States will continue to advocate for and support reforms that will increase accountability, professionalism, and transparency to help Georgia attain the system of justice its people deserve and that is fundamental for Georgia’s chosen path of Euro-Atlantic integration,” reads the statement.

Related Story: US Embassy on Elections: Allegations of Intimidation & Pressure on Voters Persisted