US Embassy: Continued Imprisonment of Gvaramia Puts at Risk the Clear Choice of the Georgian People 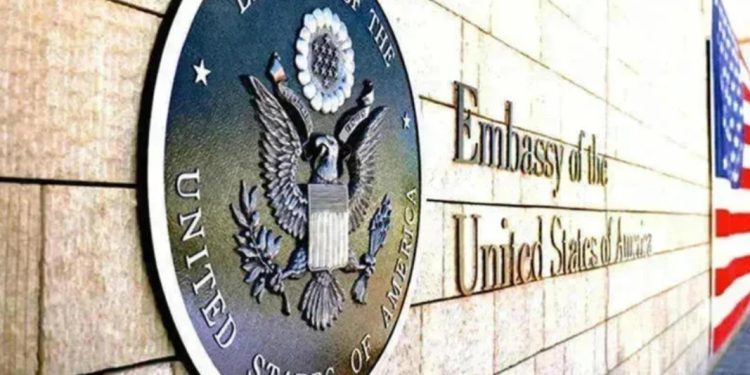 At a time when Georgia’s commitment to an impartial judiciary and media pluralism is being closely reviewed, the continued imprisonment of Nika Gvaramia, the Director General of the main opposition TV channel, puts at risk the clear choice of the people of Georgia – and Georgian leaders’ stated goal – for a more secure, democratic European future, US Embassy in Georgia says in a statement.

“The United States Embassy reiterates our deep concern regarding today’s decision in the case of Gvaramia, Iashvili, and Damenia. Numerous international and Georgian human rights defenders have raised significant questions about this case from the start, including about the timing and charges, as well as the conviction and sentence. Even the perception of selective investigations, prosecutions, and convictions diminishes the public’s confidence in law enforcement, the prosecution, the courts, and the government itself.

The United States will continue to support media freedom and the judicial reforms that are necessary to build the stable, prosperous democracy the people of Georgia have clearly said they desire,” Embassy’s statement reads.

For information, Tbilisi Court of Appeals found Nika Gvaramia, the founder of Mtavari TV, guilty. Accordingly, the imprisonment imposed on him by the Tbilisi City Court for 3 years and 6 months remained in force. In addition, the Court of Appeals convicted Nika Gvaramia for abuse of office in the episode of embezzlement of 6 million 700 000 GEL. The 50,000 GEL fine was replaced by imprisonment, but in the end, he will have to stay in prison for the previously determined period of 3 years and 6 months.