US Asks Russia to Explain ‘Provocations’ on Ukraine Border 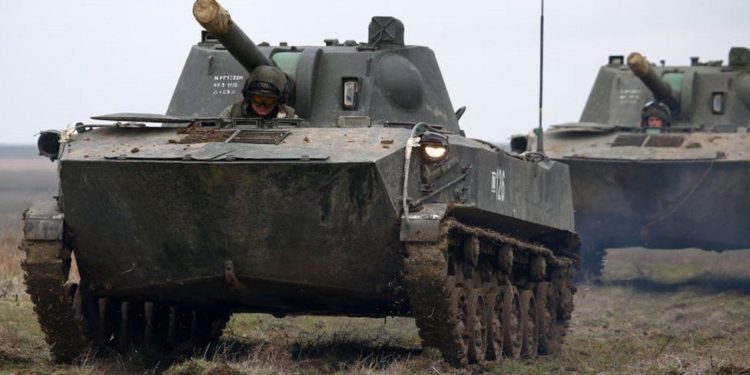 Russia has been conducting military maneuvers in Crimea/GETTY IMAGES

The United States, finding reports of Russian military movements on Ukraine’s border credible, has asked Moscow to explain the “provocations,” and is ready to engage in the situation, the US State Department said Monday.

The Department of State called on Russia to refrain from escalating the situation.

State Department spokesman Ned Price told a news briefing that the United States would be concerned by any effort by Moscow to intimidate Ukraine, whether it occurred on Russian territory or within Ukraine.

“We call on Russia to refrain from escalatory actions,” the spokesperson said.

Earlier on Friday, in a phone call with Ukrainian counterpart Volodymyr Zelensky, US President Joe Biden affirmed the United States’ unwavering support for Ukraine’s sovereignty and territorial integrity in the face of Russia’s ongoing aggression in the Donbas and Crimea.

Russia on Monday denied that Russian military movements posed a threat to Ukraine and dismissed fears of a buildup, even as it warned that it would respond to new Ukrainian sanctions against Russian companies.

Biden’s call with Zelensky came after the transatlantic military alliance NATO voiced concern over Russian troop movements near the eastern Donbas region where Ukrainian troops are in conflict with Russian-backed forces.