US Amb: Direct Flights would be a Very Important Bridge between the US and Georgia 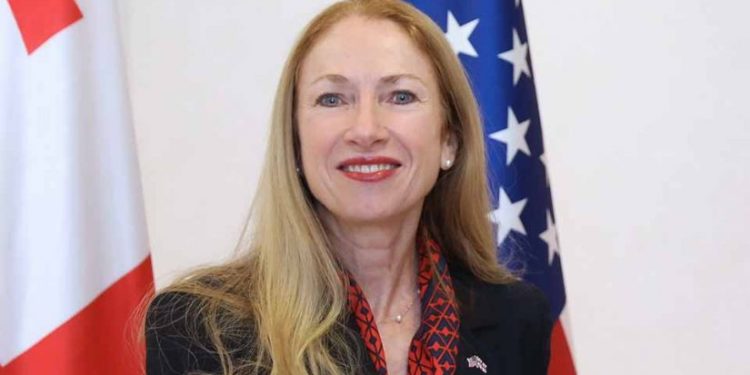 “I think anyone who has flown from the United States to Georgia knows how wonderful it would be to have a direct flight here. It is something that’s been under discussion for some time, there was some progress, and I think the discussions are beginning again after COVID. Of course the travel industry has been seriously affected by COVID. So I’m not sure where that discussion is, where the economics are, but it certainly would be an important bridge between the United States and Georgia,” US Ambassador to Georgia Kelly Degnan said.

She claimed that direct flights would be a very important bridge between the US and Georgia.

“I have often said that sometimes it’s hard to convince people in the US to come to Georgia the first time because it seems so far away. But you never have trouble getting them to come back the second time after they’ve experienced Georgian hospitality.

“Regarding the free trade agreement, that’s an area that’s handled by the US Trade Representative, not the State Department. But I know that this is something that has been raised with them frequently, that they have looked at as another important bridge between the United States and Georgia. There was a feasibility study done back in 2018. And so there’s interest in pursuing it. So we continue to suggest that it’s worth looking into, because again, we’re always looking for opportunities to build on the close partnership that Georgia and the United States have and to expand the relationships that we’ve had, bring more American businesses into Georgia and more Georgian businesses into the United States. I think that’s good for both of our countries,” she said.