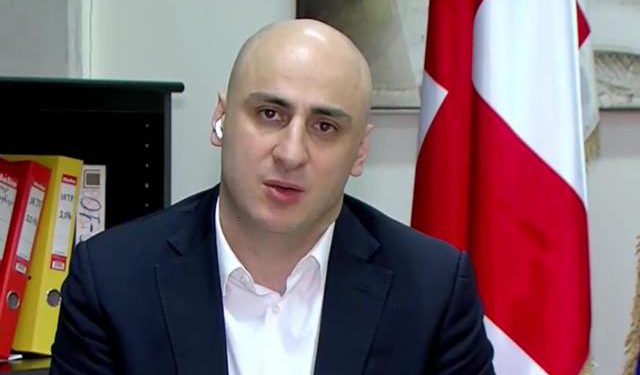 Nika Melia, the chairman of the United National Movement, responded to a video recording of a conversation between him and his party supporters, which was broadcast by Imedi TV on February 5. In the recording, Melia talks about a number of issues, including the issue of Mikheil Saakashvili’s arrival in Georgia and the quality of the UNM’s work before the elections.

The mentioned recording was aired on Imedi on February 5. According to the TV station, the video, which was “provided to them by a citizen,” was shot in the yard of the city court a day before the trial of Mikheil Saakashvili.

The record is believed to have been secretly made. Some of Melia’s words are not clearly heard.

One of the issues addressed by the UNM chairman is Saakashvili’s return to Georgia. According to the video, Melia did not support this.

“My friendly, collegial warning for Misha was, I knew the mood of the Americans and the Europeans, I was against his return because I knew that our foreign partners would not support him.”

According to another excerpt from the video, Melia addresses one of the party’s supporters and adds:

At the same time, in Melia’s words: “It’s also our fault and due to our weakness that Georgian Dream is in power today.”

“We go straight to playing football with a strong opponent, without training.”

In the same context, Melia talks about the pre-election period and the need for better preparation for the elections.

The chairman of the UNM responded to the mentioned video broadcast by TV Imedi in social media.

“Yes, I was against Misha’s arrival, and I have expressed this opinion not only in private but also in public.

“Yes, I, just like Misha, do not believe that his freedom is the only idea that should get people out on the streets.

According to Melia, better work is needed for the opposition to win.

“Elections are rigged, we are deprived of victory; however nothing will succeed if we are not well organized and focused on winning.

“They can’t achieve anything if we focus on victory instead of looking for the culprits in our failure.”

According to the UNM chairman, he knows that the National Movement has great support, “but not enough,” and there are many more people who want change.

“And yes, it’s important to me that winning this battle is not a party but a common victory,” Nika Melia added.