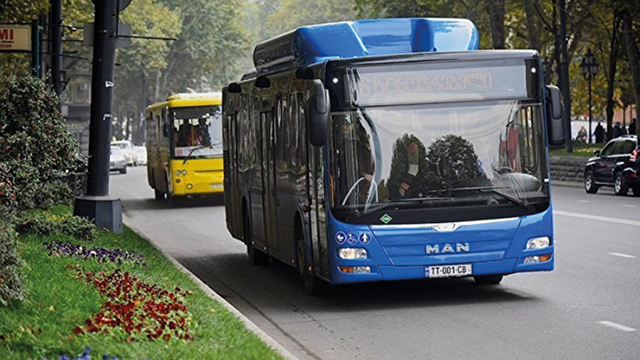 The EU Regulatory Commission is already working on the Euro 7 standard, while there is no Euro standard in Georgia today – Ana Inasaridze, CENN

Transport remains the main contributor to air pollution in Georgia: 71% of NOx and 40% of volatile organic compounds come from this sector. This is caused by the fact that the car fleet is old and poorly maintained, with more than 45.5% of vehicles being 20 years or older. Furthermore, against the background of an increasing number of imported vehicles every year, alarmingly, no emission standards have been introduced so far for imported cars. As a result, introducing vehicle emission standards for imported vehicles in compliance with EU requirements has become a priority for the government. The above poses serious risks to the environment, air quality and human health, and requires a timely and effective solution, with each citizen’s health put in danger by breathing such polluted air.

The United Nations Environment Program (UNEP) continues to assist Georgia in developing and implementing car emission standards equivalent to those in force in Europe. This initiative has been implemented by CENN in Georgia since 2019, aiming to help improve air quality and mitigate the effects of climate change by switching to low-emission vehicles in Georgia.

In May 2020, UNEP, together with its partner organization CENN, officially launched Phase II of its “Sustainable Low Emissions Transport” project in Georgia. The project aims to provide technical support to analyze current and proposed vehicle standards, envisaging the introduction of low-emission transport policies and standards in Georgia, within the framework of which a cost-effectiveness study was prepared on the possible economic impact of imposing restrictions on the import of vehicles in Georgia on the basis of relevant EU standards. For example: Euro 4, Euro 5 and so on, which also means setting an age limit above which car imports into the country are prohibited.

The EU Regulatory Commission is already working on the Euro 7 standard, while there is no Euro standard in Georgia today. An increase in export of used cars from developed countries and a resulting increase in the import of used cars in developing countries can be logically expected in the absence of restrictions. Recycling used cars is expensive for a state, against the background of strict environmental regulations, therefore export remains the most effective solution for developed countries today.

“We would like to see an increase in the quality of those imported cars in terms of low emissions, which is directly linked to clean air and improving air quality. There is currently no regulation on importing cars in accordance with the EU standards in Georgia, such as Euro 4, Euro 5, or Euro 6, meaning one can import a car of any age into the country. Our goal is to restrict and monitor the import in accordance with European emission standards, vehicle emission standards for exhaust emissions of new vehicles sold in the European Union and EEA member states, and accordingly, to impose certain restrictions on the age and emission of vehicles. 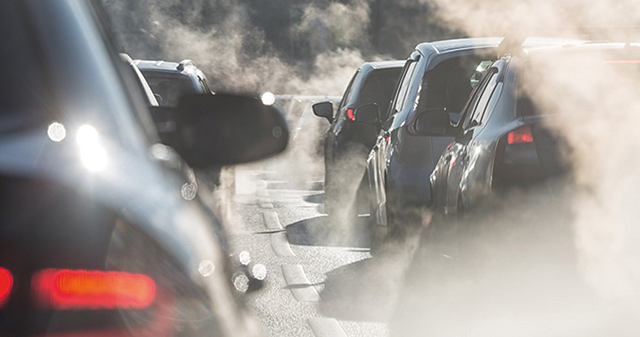 “For this, we’ve prepared a cost-effectiveness analysis on possible economic results of imposing the possible restrictions. The study was conducted in collaboration with the project’s leading partners, including the Ministry of Environment and Agriculture of Georgia, involving both international and local experts. The study presented several scenarios of how much the inflow of old cars will decrease, and consequently the limit of emissions depending on what age restriction is imposed. Emphasis was mainly made on Euro 5 standards, considering the economic possibilities of the country. The study shows how much the import of used cars will decrease in Georgia, and its impacts on fighting air pollution. Relevant costs and expenses were also calculated,” she said.

“Notably, significant progress has been made in renewing public transport. Upgrading the bus fleet and developing the road infrastructure so that public transport becomes a priority is a step forward by the government, which includes bus lanes and pedestrian crossings. However, through the new road infrastructure e.g. in the Vake district, we have seen even more clearly that the number of private vehicles is very high and without the imposition of certain restrictions, the development of public transport alone will not be enough in the long run,” Inasaridze notes.

“In the case of Vake, the problem was solved on the main road, but traffic is still high on secondary roads due to the high number of private cars. Giving superiority to pedestrians and public transport was a good step, but decreasing the number of vehicles is necessary to solve the problem. The issue is quite complex itself and need a complex approach. For instance, using public transport must become more comfortable for citizens, as it is in Europe, otherwise, they will not chose public transport over their private cars. Ultimately, more work and a complex approach is needed, with the involvement of relevant agencies and experts.”

Davit Meskhishvili, Transport Expert, spoke to us about the problems and age of the vehicle fleet and what measures should be taken to improve the situation.

“Georgia’s vehicle fleet is very old, and up to 90% of cars are 10 years old or older. When we speak about environmental safety and our desire to make the ecosystem healthier, we shoud address the problem of renewing the car fleet,” Meskhishvili says. “Many countries did this by introducing relevant state programs. When we work on statistics and check numbers, it’s visible that the number of electric cars in Georgia is very low. For instance, based on 2020 data, only 2000 electric cars are registered in Georgia out of one million four hundred thousand vehicles in total, which means that despite certain good reforms, the measures taken in previous years are not enough. More radical changes are necessary. The number of electric cars must be increased. The current customs system in Georgia facilitates the import of old cars, which is cheaper than importing new ones. This issue was highlighted numerous times by experts such as myself.

“Another important issue is whether ecological classes of transport (Euro 4, Euro 5, Euro 6) is determined in the country. We don’t have such standard in Georgia. The standard is mainly based on the amount of harmful substances in the exhaust. 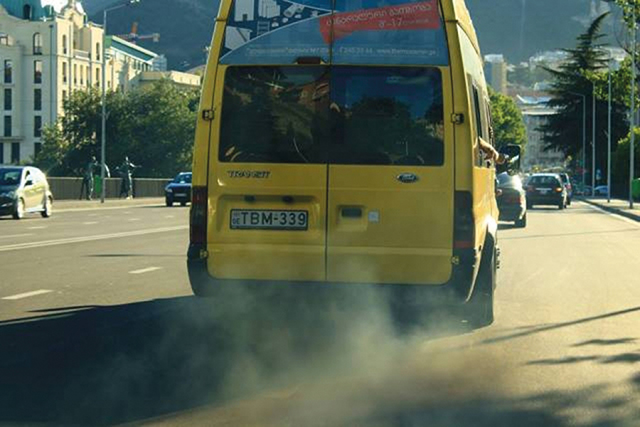 “The higher the Euro standard is, the lower the harmful substances in the exhaust. This standard does not apply in Georgia, which is why vehicles harmful for human health or technically faulty are imported into the country. Relevant restrictions must be imposed. We have some regulations on fuel quality, but not on transport.

“The technical inspection reform, which is also very important, was launched in Georgia in accordance with the EU Directive, which is to be welcomed. In the Association Agreement, we have an obligation to improve the air quality. The reform started in 2018, and its proper implementation should also be among the solutions aiming to increase road and ecological safety,” he says.

“We see the problems: introduction of the Euro Directive has been delayed, and stands at just 20% implementation. So if we want to progress in this direction, more work is necessary.
“Technically faulty transport pollutes the air by 71%. That’s why the tech inspection reform improvement is essential. Based on statistics, in 2019, applications for tech inspections amounted to only 50%, while in 2020 – only 25%. There is an irreversible regression, so we suggest that law enforcement needs to be improved and legislative novelties need to be addressed, which will contribute to the renewal of car fleet,” Meskhishvili concluded. 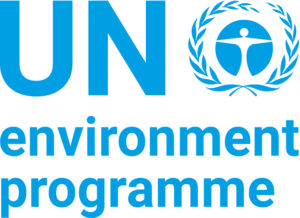