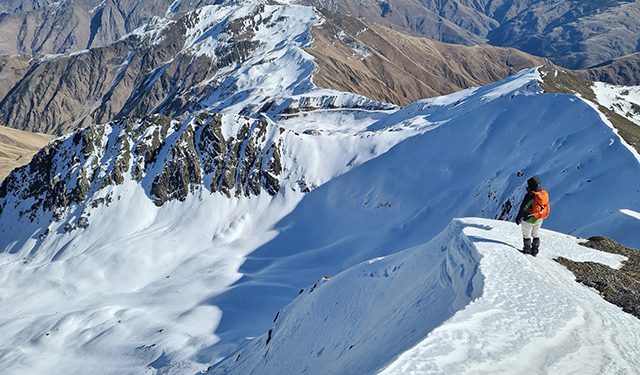 The vast majority of Georgians, over 94%, understand that climate change affects their country, posing a threat to people and the economy. However, research shows that barely 10% are aware of specific policy commitments or requirements related to climate change, while one-third place responsibility for climate action on international organizations and civil society.

To better inform Georgians about climate change realities, the United Nations Development Program (UNDP), Sweden, and Euronews Georgia are launching ’Climate Magazines’, a series of documentaries focused on key climate issues and their impacts on Georgia.

The series premiered last December, with the first two episodes covering climate-induced avalanches and melting glaciers. It will continue through July 2023, covering a range of topics, including the societal and economic impacts of climate change, green lifestyle, low-emission development, climate policies, energy efficiency, climate change monitoring and reporting, and Georgia’s climate commitments undertaken as part of international treaties, such as the Paris Agreement and the Association Agreement with the European Union. The series will showcase a variety of opinions presented by leading Georgian and international environmentalists, economists, climate activists and public officials.

“Climate awareness helps us understand and address the impacts of climate change by making individual and collective choices that are less harmful to the environment. UNDP welcomes our growing partnership with the Georgian media in building public awareness around this critical issue,” said Nick Beresford, UNDP Resident Representative in Georgia.

“Sweden is Georgia’s strong supporter in achieving its climate goals. A well-informed society is a vital step towards fulfilling a national pledge under the Paris Agreement and building a sustainable future,” said Khatuna Zaldastanishvili, Program Officer (Development Cooperation) at the Embassy of Sweden to Georgia.

“Climate Magazines educate people on climate change impacts on daily lives and the roles of the Government, civil society and individual citizens in addressing this global challenge,” said Marina Vashakmadze, Head of the Editorial Board Member at Euronews Georgia. “By launching a documentary series, we aim to study the issue and inform the public about its existing or expected outcomes. This is how we can build strong public support for climate action, increase accountability, and empower citizens with the knowledge, values and attitudes needed to act as agents of change.”

UNDP’s and Sweden’s support for Climate Magazines is part of the UNDP’s broader Climate Promise initiative, which promotes the timely and effective implementation of the Paris Agreement in 120 countries. In collaboration with 35 partners, including Sweden, Japan and other donors, Climate Promise covers key technical areas associated with climate action, including enhancing political will and ownership across society, strengthening targets and aligning with key national policies, assessing costs and investment opportunities, as well as setting up systems for monitoring and reporting on progress.