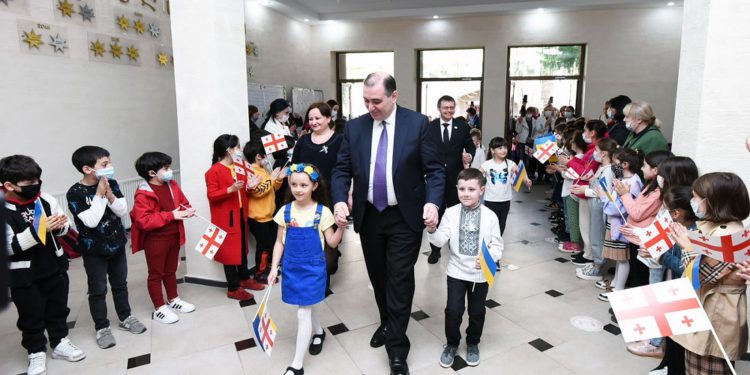 On the initiative of the Prime Minister of Georgia Irakli Garibashvili, in Tbilisi, at the Mykhailo Hrushevsky Public School Number 41, a Ukrainian-speaking sector was opened for students from Ukraine, giving them a chance to receive an education in their mother tongue.

“Today is a truly historic day: by the decision of the Prime Minister of Georgia, a Ukrainian-language sector was opened at the Mykhailo Hrushevsky Public School Number 41, which means Ukrainian students will receive their general education in their native language, in Georgia,” stated the Minister of Education and Science of Georgia, Mikheil Chkhenkeli.

The opening ceremony of the Ukrainian-speaking sector was attended by the Acting Ambassador of Ukraine to Georgia, Andrii Kasianov.

For the first time since 1999, a Ukrainian sector has been established in Georgia with official status, where all subjects will be taught at the elementary, basic, and intermediate levels in Ukrainian.