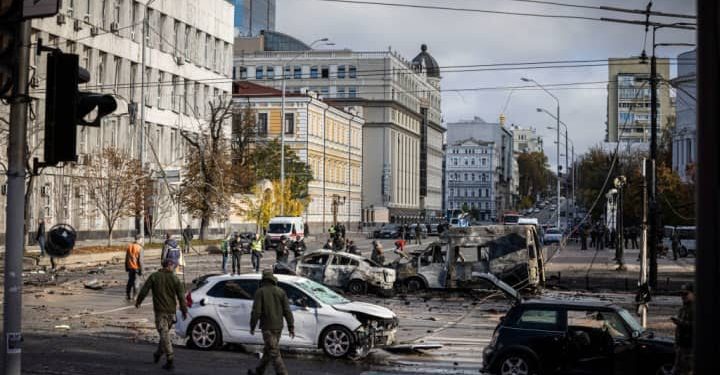 Ukrainian officials are urging residents of Kyiv and other cities to stay in shelters in the wake of multiple strikes on the capital, which emergency services say have caused deaths and injuries. Reports are emerging of explosions in several other cities.

Ukrainian President Volodymyr Zelensky posted on his official Telegram account: “The air raid siren does not stop throughout Ukraine. There are missiles hitting. Unfortunately, there are dead and wounded. I beg you: do not leave your shelters. Take care of yourself and your loved ones. Hold on and be strong.”

“The air attack continues, I ask everyone to remain calm and stay in the shelters,” Kyiv governor Oleksiy Kuleba wrote on Telegram.

“Air defense is working in the region,” Kuleba continued. “There is information about downed objects. I emphasize that the air alert is still ongoing. Don’t ignore it and stay under cover. Do not photograph or film landing sites or damaged infrastructure. People’s lives depend on it. Let’s hold on.”