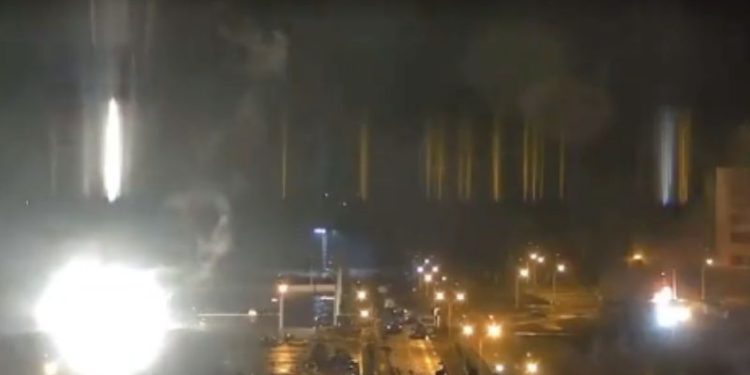 The war in Ukraine entered a new phase on Friday when Russian troops seized Europe’s largest nuclear power plant after a fire in a nearby training building was extinguished.

Both sides agreed Russian forces control the Zaporizhzhia nuclear power plant in Enerhodar, Ukraine, but both blamed the other for the fire.

No increases in radiation levels were detected and plant personnel were monitoring its operations, Ukrainian officials said. Russia’s defense ministry said the plant was operating normally.

Zelensky called on Europe to “wake up.” He said Russia wanted to repeat the 1986 Chernobyl disaster.

Russia is still trying to move forward and intensify hostilities in southern Ukraine. After occupying the city of Kherson, its forces are approaching the port city of Mariupol.

Vladimir Putin said the “special military operation” in Ukraine was “going according to plan.” In response, the United Kingdom Secretary of Defense Ben Wallace said that the Russian Federation “lags behind the plan.”

US Secretary of State Antony Blinken left for Eastern Europe on Thursday to meet with NATO allies and other European leaders on the Ukraine issue.

Since the beginning of the war started by Russia, more than a million people have left Ukraine. Russia and Ukraine agreed in talks on March 3 to set up “humanitarian corridors” to evacuate civilians.