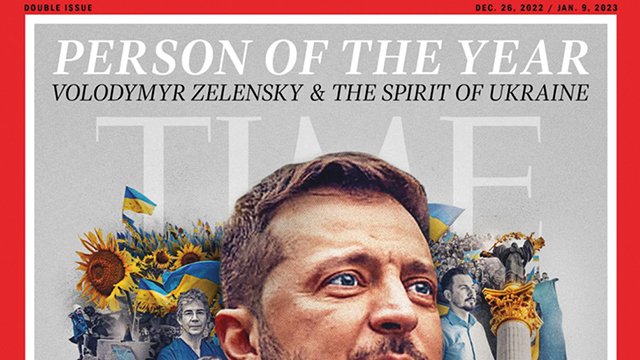 The war shows no signs of slowing down, with heavy missile attacks continuing in the south and east of the country.

The latest wave of strikes comes after three Russian airbases experienced attacks this week. Kyiv has not claimed responsibility for the attacks, however, some of which have been located hundreds of miles within Russia.

Pro-Russian official Denis Pushilin, the acting head of the separatist “Donetsk People’s Republic” in eastern Ukraine, told Russian state media Tuesday that Russian troops are in a position to advance in Donetsk, arguably the most hotly-contested region in the Ukraine war at the moment.
Fighting there has descended into bloody trench warfare with fierce battles over local settlements as Russian troops attempt to encircle and capture Bakhmut, and Ukrainian forces try to hold them back.

Putin says war could be ‘lengthy’
The war in Ukraine, which Russian President Vladimir Putin calls a “special military operation,” will “be a long process,” he said during a televised meeting on Wednesday.

After months of veiled nuclear threats, Putin defended Russia’s nuclear policies. While the threat of nuclear war has risen, “we have not gone crazy, we are aware what nuclear weapons are,” Putin said, adding that Russia’s nuclear strategy is centered on “retaliatory strikes.”

Kyiv Mayor says winter ‘apocalypse’ scenario is possible, but urges calm
Kyiv’s mayor on Wednesday warned of an “apocalypse” scenario for the Ukrainian capital this winter if Russian air strikes on infrastructure continue, and said that although there was no need for people to evacuate now, they should be ready to do so.

“Kyiv might lose power, water, and heat. The apocalypse might happen, like in Hollywood films, when it’s not possible to live in homes because of the low temperatures,” Mayor Vitali Klitschko told Reuters in an interview. “But we are fighting and doing everything we can to make sure this does not happen,” he said.

According to Klitschko, 152 civilian residents of Kyiv have been killed and 678 buildings destroyed since the beginning of Russia’s invasion on February 24, but the city faces fresh tribulations this winter as Russia regularly pounds Ukraine’s power grid with missiles.

EU eyes Russian officials, banks, industry for sanctions
The European Union proposed travel bans and asset freezes on almost 200 more Russian officials and military officers as part of a new round of sanctions aimed at ramping up pressure on Moscow over its war in Ukraine.

The proposals were made by the EU’s executive branch, the European Commission. They must still be debated and endorsed by the 27 member countries, a process that routinely results in the commission’s suggestions getting watered down.

The targets of the latest recommended sanctions include government ministers, lawmakers, regional governors and political parties.

“This list covers key figures in Russia’s brutal and deliberate missile strikes against civilians, in the kidnapping of Ukrainian children to Russia, and in the theft of Ukrainian agricultural products,” European Commission President Ursula von der Leyen said in a statement.

With a fresh raft of sanctions, the commission also intends to target the Russian defense industry and more Russian banks, and to impose export controls and restrictions on products like chemicals, nerve agents, electronics and IT components that could be used by the armed forces.

Editor-in-Chief Edward Felsenthal said the choice of Zelensky, alongside “the spirit of Ukraine,” was “the most clear-cut in memory.”

“Whether the battle for Ukraine fills one with hope or with fear, the world marched to Volodymyr Zelensky’s beat in 2022,” he said.

Felsenthal said Zelensky’s decision when the war started “not to flee Kyiv but to stay and rally support, was fateful.”

“For proving that courage can be as contagious as fear, for stirring people and nations to come together in defense of freedom, for reminding the world of the fragility of democracy, and of peace, Volodymyr Zelensky, and the spirit of Ukraine, are TIME’s 2022 Person of the Year,” he said.