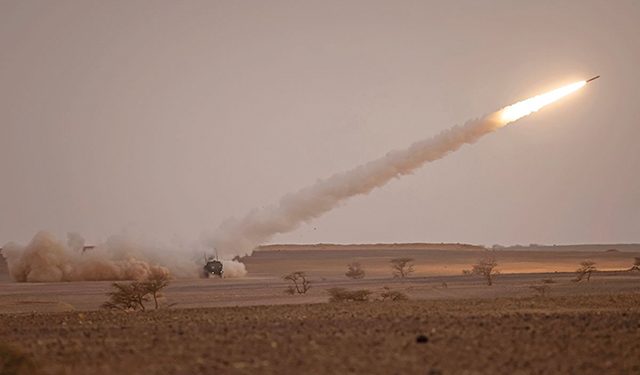 Voting concluded Tuesday in the so-called Donetsk People’s Republic (DPR) on a referendum, with 99.23% choosing reunification with Russia, according to the final results approved by the DPR’s Central Election Commission.

Shortly before the announcement of the final vote count, the UN’s political chief said that Russian-backed referendums in Ukraine’s occupied territories are “not a genuine expression of popular will” or “legal” under international law.

Ukraine’s President Volodymyr Zelensky also slammed the referendums in a speech to a session of the UN Security Council. He said Ukraine will continue to defend its people in the regions.

Some 98.42% of voters in Ukraine’s separatist-controlled Luhansk region were said to have voted in favor of joining Russia, said the head of the election commission of the so-called Luhansk People’s Republic (LPR).

Leonid Pasechnik, the leader of the self-proclaimed LPR, will turn to Russian President Vladimir Putin to ask him to consider folding the region into Russia.

Meanwhile, 87.05% of voters in Ukraine’s Kherson region are claimed to have voted in favor of joining Russia, according to preliminary results announced by the region’s so-called election committee.

The referendums have been widely condemned by the international community, with European nations and the US terming them a “sham” and saying they will not be recognized.

The United States was also preparing a new round of sanctions against Russia should it annex Ukrainian territory, and a $1.1 billion arms package for Ukraine, US officials said.

Hastily arranged votes took place over five days in the eastern regions of Donetsk and Luhansk, and in Zaporizhzhia and Kherson to the south, that together make up about 15% of Ukrainian territory.

It’s widely expected that Russian President Vladimir Putin will announce Friday that the occupied regions are being annexed and will become part of the Russian Federation. There are widespread fears that Moscow could resort to nuclear weapons to “defend” what it will claim is its territory.

“The results are clear. Welcome home to Russia!” Dmitry Medvedev, a former Russian president who serves as deputy chairman of Russia’s Security Council and an ally of President Vladimir Putin, said on Telegram.

The United States will introduce a resolution at the UN Security Council calling on member states not to recognize any change to Ukraine and obligating Russia to withdraw its troops, US envoy Linda Thomas-Greenfield said.

Meanwhile, US Secretary of State Antony J. Blinken said the United States and its allies remained committed to European energy security, after Germany, Sweden and Denmark said attacks caused major leaks from two Russian energy pipelines. It remained unclear who might be behind the leaks.

European officials continue to investigate unexplained leaks affecting both the Nord Stream 1 and 2 pipelines that carry natural gas from Russia to Europe via the Baltic Sea.

The EU suspects sabotage, with European Commission head Ursula von der Leyen promising the “strongest possible response” if the attack is proven to be deliberate.

President Vladimir Putin’s spokesman Dmitry Peskov has dismissed speculation Russia might be behind the attacks as “predictable, stupid and absurd”.

Biden approves $1.1 billion more in military aid to Ukraine
Meanwhile, the Biden administration announced $1.1 billion in additional security assistance for Ukraine on Wednesday, bringing the US commitment to more than $16.2 billion since Russia’s invasion in late February.

The announcement of the upcoming aid package, the 22nd such instalment, follows Putin-backed referendums held in four Russian-occupied regions of Ukraine.

The new weapons and equipment, being provided under the Ukraine Security Assistance Initiative, are aimed at meeting Kyiv’s mid- and long-term needs and could take six to 24 months to arrive. The Biden administration, which has committed aid worth $17 billion to Ukraine, has been using presidential drawdown authority to send arms more quickly.

Unlike a presidential drawdown authority, which pulls weapons directly from US stockpiles, the latest security assistance package is authorized through the Ukraine Security Assistance Initiative, or USAI, which uses funds appropriated by Congress.

A senior Pentagon official told reporters that the newly committed HIMARS systems are intended to be a “core component of Ukraine’s fighting force in the future.” Earlier this year, Ukraine received 16 HIMARS from US military stockpiles and 10 equivalent systems from western allies, but the new HIMARS will take “a few years” to deliver, the official said.

EU vows sanctions over referendums
Following the staged ‘referendums,’ the European Commission has proposed an eighth round of sanctions against Russia. The latest measures would look to ban Russian exports worth $7 billion (£6.4 billion) and tighten restrictions on goods flowing from the EU that could help Russia’s war machine.

The EU executive has also proposed a price cap on Russian oil aimed at limiting how much third countries, such as China and India, pay for Russian crude, and it plans to expand its travel blacklist and asset freezes to include high-ranking Russian defense officials and organizers of the widely derided referendums.

War on the Ground: Battle for Kherson Continues
Ukraine’s progress in the southern regions of Kherson and Zaporizhzhia has been much slower than its successes in the north-east.

“Front line positions come under regular fire as both Russia and Ukraine attempt to push forward.

“Many Ukrainians who remain behind the Russian front line, in the occupied territories, are anxiously waiting for this counter-offensive,” reported the BBC, adding that that’s because the recent so-called referendums have brought a new threat to the local population – mobilization, which will see many Ukrainian men being drafted to fight for the Russian army.

Russian soldiers are already going house to house in some villages and writing down the names of male residents, local residents say. They claim soldiers have told them to be ready for a call-up after the referendum.

Men aged 18-35 are reportedly no longer allowed to leave the occupied territories.