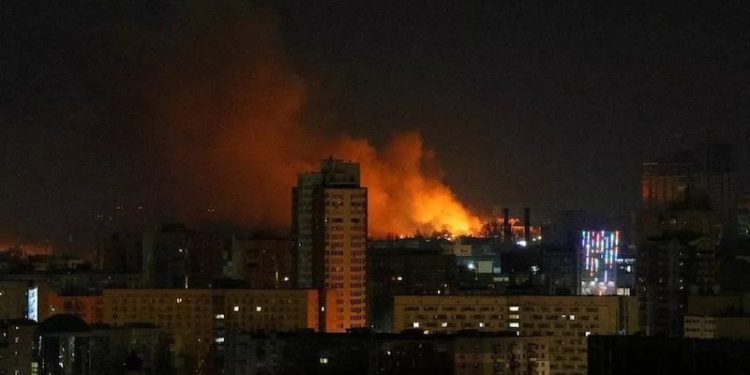 Blasts were heard before dawn in the capital Kyiv, and second city Kharkiv, the BBC reports.

Sirens are sounding in Kyi, on day five of the invasion. Many of the city’s residents have continued to take shelter underground.

Ukraine claims that its troops managed to repel several attacks by Russian troops trying to storm the outskirts of the capital.

“We showed that we can protect our home from uninvited guests,” said Commander of the Armed Forces Colonel General Alexander Syrsky in a statement released about an hour ago.

Meanwhile video footage posted overnight showed a fire in a residential building in Chernihiv, which broke out after being struck by a Russian missile, according to reports.

Explosions were also reported in Kharkiv in the east, which was the scene of fierce conflict on Sunday after Ukrainian forces recaptured the country’s second-largest city from Russian forces.