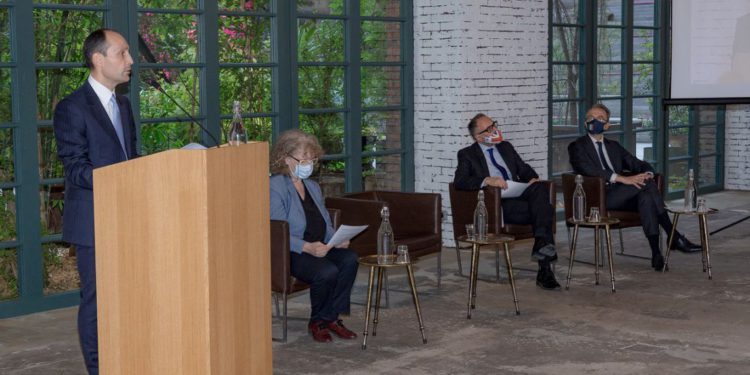 The Embassy of the United Kingdom and the Embassy of Italy in Georgia organized, together with the Ministry of Environmental Protection and Agriculture of Georgia, an event focused on the fight against climate change.

Georgian authorities and the local diplomatic community, in addition to qualified representatives of civil society and the academic world participated in the event, both in-person and online.

Welcoming remarks were provided by H.E. the Minister of Environmental Protection and Agriculture of Georgia, Mr. Levan Davitashvili, Her Majesty’s Ambassador to Georgia, Mr. Mark Clayton, the United Kingdom’s Regional COP26 Ambassador, David Moran, and the Ambassador of Italy in Georgia, Enrico Valvo. 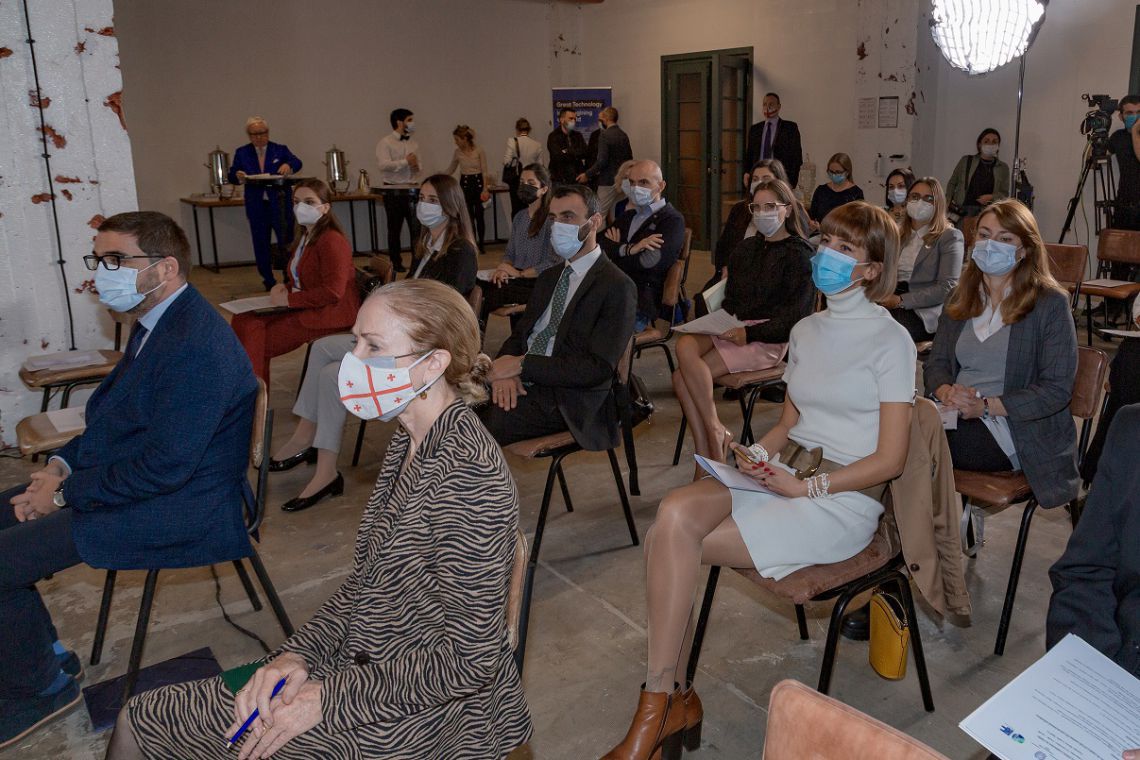 The hosts presented the respective commitments in the global fight against climate change, with a view to the 26th UN Climate Change Conference of the Parties (COP26) to be held in Glasgow on 31 October – 12 November 2021.

For his part, Minister Davitashvili presented the commitment of Georgia in the fight against climate change, stressing the importance attached to COP26, the reason why Georgia will be participating in the conference at the highest level, with a Delegation led by the Prime Minister of Georgia, Irakli Garibashvili. 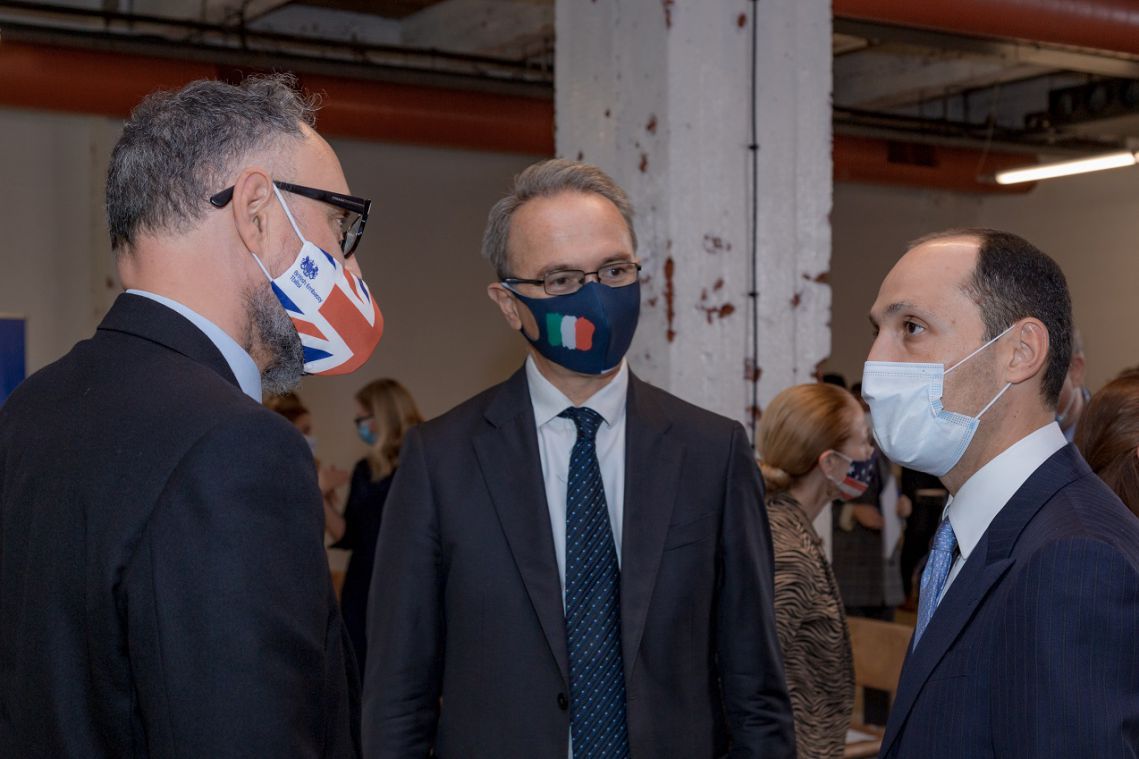 From the British side, Ambassadors Moran and Clayton presented the historic opportunity represented by COP 26, in terms of agreeing binding international targets to tackle global climate change. In Glasgow, there will be a unique chance to go even further than decision taken at Paris Summit in 2015, and all participants, including Georgia, have an important role.

As stressed by the Ambassador of Italy, Enrico Valvo, 2021 will be a key year in the fight against climate change, this is why Italy is especially proud to be able to focus on such key priority as G-20 Presidency and as Partner of the United Kingdom within COP26.

Following the welcome remarks, two thematic panel discussions have been held, the first being entitled: #SecurEnvironment: Climate & Security across the Euro-Atlantic Area and Beyond. Prestigious speakers, representing both Georgian civil service and the think tank community, animated an interactive discussion about the consequences of environmental pollution and climate change under the lens of economy, security, civil sector and resilience.

The President of the Italian think tank Ce.S.I Roma, Prof. Andrea Margelletti – whose participation in person has been supported by the Italian Embassy – has focused in particular on the work underway within the North Atlantic Treaty Organization (NATO) in this respect, affecting both Allied Countries and Partners, including Georgia. 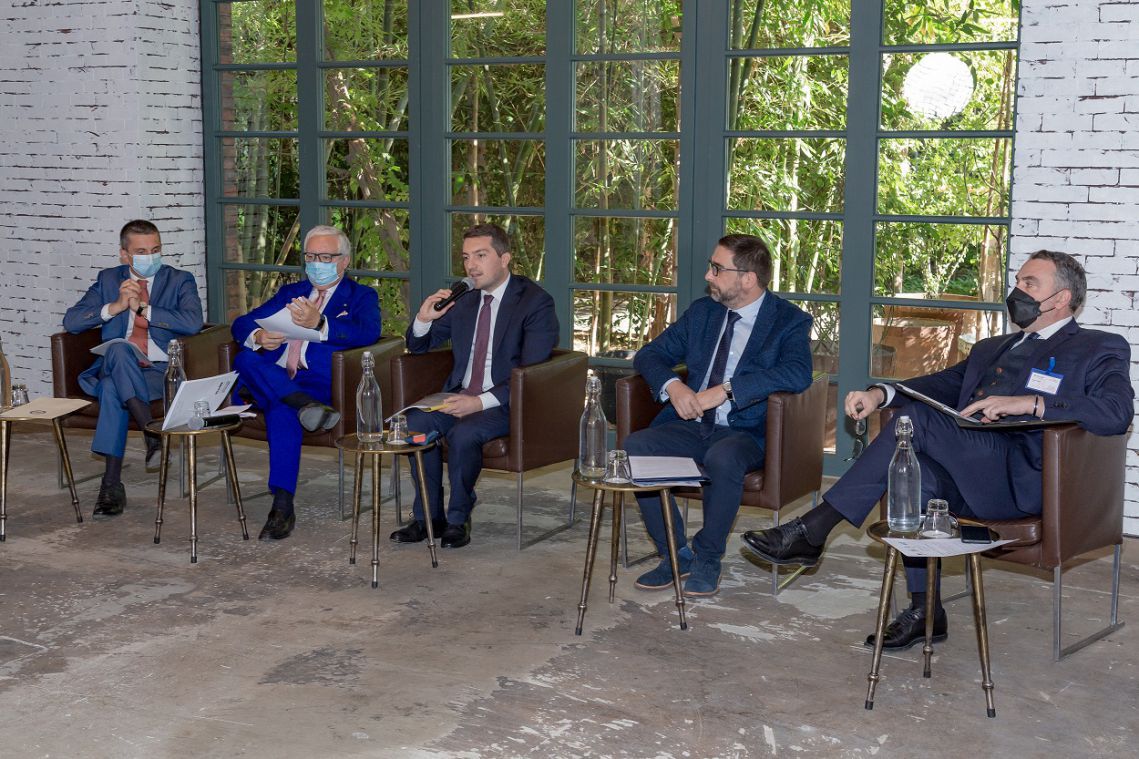 The 2nd panel has been entitled “Georgia’s approach to tackling climate change and embracing green growth opportunities.” The effects of climate change in Georgia have been discussed in its implications for both the public and private sector strategies, competitiveness, and risk management.

Opportunities in Georgia, and Tbilisi’s current plans and policies to face these have been also addressed. On the occasion of the Conference, the key issue of youth engagement in the fight against climate change has been presented by a Georgian young climate activist, Ms. Elene Samukashvili. She delivered an inspiring speech about the Georgian youth engagement in this respect, sharing her experience related to the participation in the #Youth4Climate event, held in Milan on 28-30 September 2021 and organized by Italy within the preparatory process of COP 26. She had therefore the opportunity to bring forward actual proposals aimed at the preservation of the planet for younger and future generations.