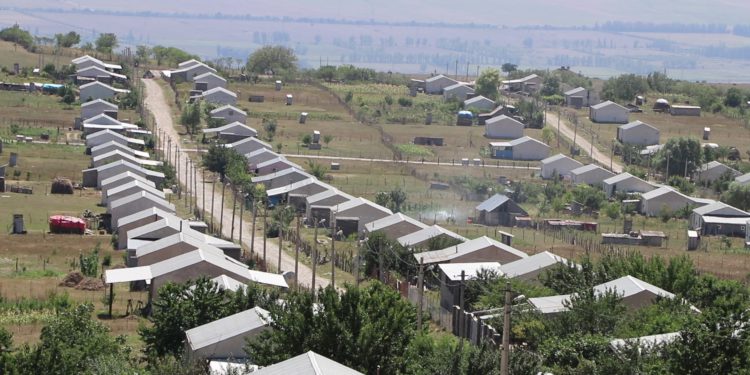 US Embassy Tbilisi has reported, the U.S. Government has constructed a new water supply well and installed storage tanks for the residents of Frezeti, home to over 1000 internally displaced persons.

“Georgia National Guard Adjutant General, Major General Carden participated in a ribbon-cutting ceremony for this project conducted by the U.S. Army Corps of Engineers. Now local residents will have a new well with an electrical power supply and controls, as well as new tanks for storing 100,000 liters of water with an automated pump control system. Improving the water system is vital to enhancing the essential services for Frezeti residents, and again demonstrates the depth of the U.S.—Georgia partnership.
This project was made possible through the U.S. European Command (EUCOM)’s Humanitarian Assistance Program,” reads the report.