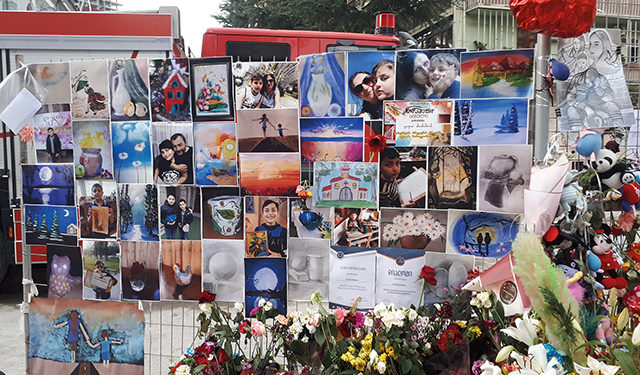 I found myself visiting Batumi only three days after the collapse of a five-story building on 26 May Street led to the deaths of nine, including some children and four members of a single family, and the arrest of (so far) three for criminal neglect of building codes. The friends which I was there to meet were also guests, and they were staying in an Airbnb apartment less than a block from the rubble.Having watched the available footage of the thing coming down, narrowly missing a bystander, who ran for his life, and the heroic and delicate rescue efforts of 300-odd emergency workers through the night of the 8th-9th of October, I was most sobered to see the wreckage in person from mere meters away, and also to spend some moments at one of the memorial walls set up for the victims on the screens put up to keep the public at a distance while the cleanup crew and police did their follow-up work. Photos, toys, drawings, paintings, flowers, candles, icons and silence as people came to pay their last respects at this site which has gripped the nation with its horror for some days now. The 11th was a national day of mourning.

As more people came up with roses, I was reminded that an even number of flowers in this part of the world is for sad commemorations, and an odd number of them (except for traditionally unlucky 13) for happy ones such as weddings or funerals 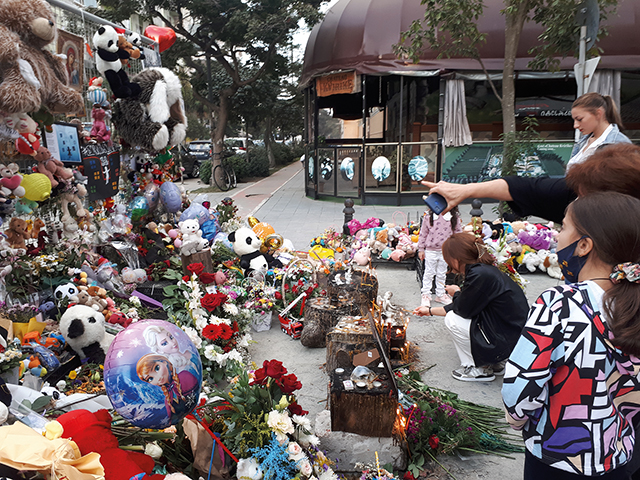 Once the quiet respect has finished, though, there will be plenty of loud voices, some of which are already starting to speak up, dealing with building safety being ignored for the sake of expediency and simple greed. Not only in this unique case, but across Georgia: where else are buildings either being shoddily made from the start or fatally damaged (as happened here) once built? How much can such doings be discovered early enough to save lives or even outright prevent the stupid actions from being begun? And how can those really guilty, on all levels, from those doing or undoing the work to those officially sanctioning it or turning a blind eye, be identified and punished? 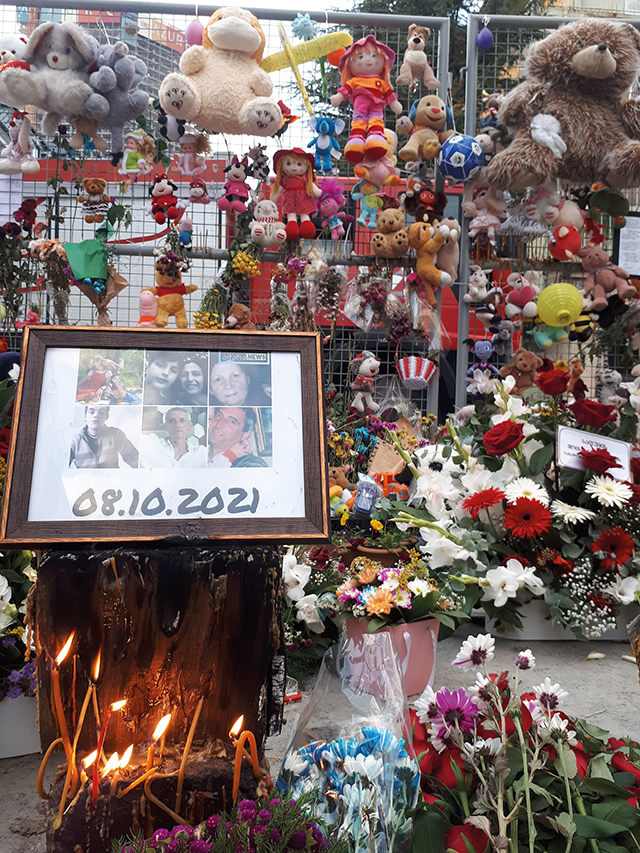 The other moment I single out in Georgia’s very current events concerns the unignorable elephant in the room, Mikheil Saakashvili, whom I have met twice as the country’s 3rd president. Back now from his eight years’ self-imposed exile following the defeat of his political party, he has Gone Straight to Jail, Do Not Pass Go, as the game of Monopoly would have it. No-one has any doubt that he knew this would happen and returned anyway. He could not have failed to get expert legal advice while making his decision.

While #freedomforMisha (in Georgian) has emerged as a slogan for this moment, I have a better one: #mishavs (also in Georgian). This is a play on words in several ways. 1) it includes his name, Misha. 2) it follows this with VS, short for versus. 3) it is the opposite of the phrase ara mishavs (“It doesn’t matter to me”), meaning “It DOES matter to me”. My T-shirt bearing this slogan is so far the one and only one. I had it printed as a one-off here in Batumi, but the slogan won’t be copyrighted.

I put it that whatever Misha deserves, and whatever one thinks of him, his return at this moment will and should stir up new currents in Georgian politics and public life, now that we have just had national local elections which must lead to a number of runoffs in areas where there was no outright winner. Misha and his fate and new position in Georgia and all that they mean cannot be ignored. No, these are not uninteresting times. 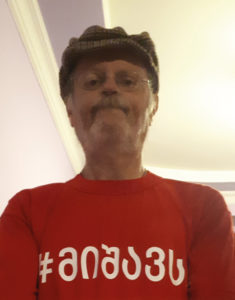