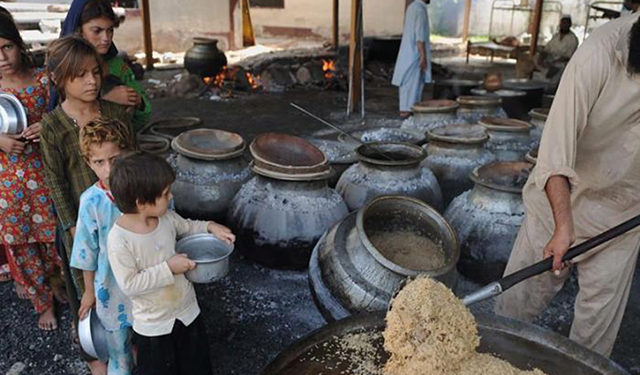 State stores are open for subsidized food only from 6-8 AM, and only a certain amount of cotton and sunflower oil, sugar, and rice is available per person per month. Source: asianews.it

Several negative trends are converging on the Turkmen ruling elite, with the economy causing social discontent and occasional protests among the country’s population. And with succession plans being rolled out, it is doubly important for the government to keep a semblance of stability by squashing signs of dissent.

Turkmenistan is witnessing its worst economic crisis since the 1990s. The pandemic caused inflation, and food shortages are widespread, resulting in protests across the country which exacerbate an already tense social order.

But troubles were present well before the coronavirus hit. Low gas prices and the suspension of gas exports to Russia between 2016 and 2019 worsened the situation. Moreover, food supply chains have been in decline for several years. Caused by poor harvests, the looming crisis led the majority of the population to have to shop at government-operated stores because these have lower prices than private markets. The choice is a difficult one: between diminished rations at state stores or purchasing products in expensive shops. Overall, faced with serious revenue shortfalls, the government has increasingly shifted financial burdens onto the people.

Although the country denies the existence of COVID-19, the pandemic has nevertheless exacerbated the economic woes, setting off public dissent in 2020. Protests became widespread, and though they are economically motivated and have not transformed into coordinated actions, they nevertheless could prove existentially dangerous for the government. The protests have been territorially dispersed, which shows the depth of troubles which touched all corners of the large country. In April 2020, a group of several dozen people, mainly women, from villages on the outskirts of the city of Mary briefly blocked the major road which connects the city to the rest of the country. The following day, people gathered outside the Mary Provincial Administration to complain about the hyperinflation and the shortage of such essentials as flour and cooking oil.

The economic difficulties continue to beset Turkmenistan. Recent scant reports indicate that the situation has not been corrected. For instance, provincial authorities banned queuing outside state stores following Deputy PM Serdar Berdymukhammedov, the president’s son and heir apparent, statement that “crowds near stores discredit” his father. According to the order issued in the eastern city of Turkmenabat, queues at stores could consist of no more than four people. The new ban was introduced amid an economic and food crisis. As an example, presently, state stores are open for subsidized food only from 6-8 am and only a certain amount of cotton and sunflower oil, sugar, and rice is available per person per month.

The queues relate to the subsidized prices for basic goods and utilities – measures used by Berdymukhammedov, similar to his late predecessor, Saparmurat Niyaziv, aim to help the current leadership to stay in power by containing and eventually subduing public discontent.

On April 13, in the southern city of Mary, about 1,000 people waited for hours to buy two kilograms of frozen meat each. One kilogram of meat cost 36 Manats, which is equal to $10 at the state-controlled rate, and $1 on the black market.

Economic problems are also evident in the country’s currency. In April, it was reported that the Manat had reached 40 to the Dollar. This is some 50% down since the beginning of the year when the Manat was trading on the black market for around 27 or 28 to the Dollar. The currency troubles began in March 2020 following Beijing’s decision to slash gas imports, and due to the generally low prices China had been paying for Turkmen gas.

These economic woes are happening at a time of widespread speculations on succession. Recently, President Berdymukhammedov, aged 63, appointed his son Serdar to a number of top positions, among them deputy prime minister, which also gives him a seat on Turkmenistan’s Security Council, as well as the head of the government’s audit chamber. Before that, Serdar had served as Deputy Agriculture Minister and manager of the already non-existant State Agency on Management and Use of Hydrocarbon Resources. And there are many more positions. But what is more important, Serdar is being groomed as a national leader too, by meeting important regional political figures – a clear indication of his ambitions.

All indicates that a power struggle within the government is unlikely to take place, but in any case, a peaceful transition is what matters to the Turkmen leadership. Though the opinions of ordinary Turkmen are not heeded, appearances are what matter to help guarantee the continuity of the Berdymukhammedov dynasty, and it largely explains the government’s efforts to quash any visible signs of public discontent.

The overall dire economic situation, however, does pose a novel threat to the autocratic Turkmen government, which could unnerve the entire façade of power. Yet, one should bear in mind the geography of the country. Discontent is widespread and felt across the country, and occasional protests are taking place, but these are far short of a concerted effort. Geography no doubt goes some way to preventing resistance, as there are hundreds of kilometers of sparsely inhabited, mainly desert, land between major population centers, making it easier for the central government to shut entire cities in case major troubles begin.