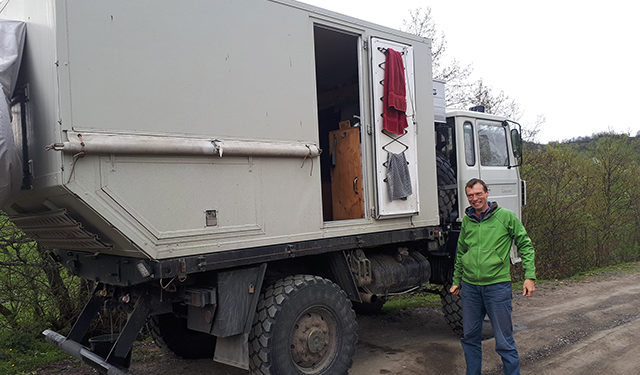 We get very few guests who have driven their way here from another country; even fewer from as far away as Germany. And this couple are our first visitors to arrive in a camper-converted French Army vehicle from the late 1980s.

Gerhard and Dorothee Rühle, both in their early 40s, have spent months slowly crossing Western Europe and the Balkans to reach us in their slow but sure diesel-powered machine. It functions as transport, bedroom, kitchen and (in a pinch) even bathroom. They are staying with us for about a month, with two main areas of focus. 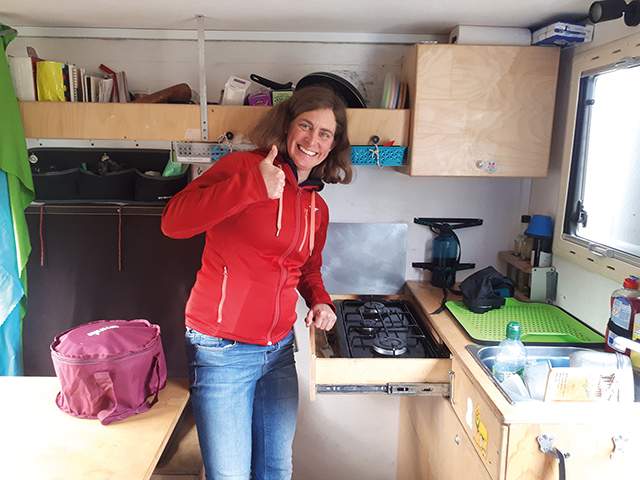 Keen mountaineers, they found themselves on Elbrus (5642 m), highest mountain in the Caucasus, watching the unfolding of the Russian-Georgian war of August 2008. Having begun their ascent in darkness as the day would be very long, they saw the flashes of light of Russian bombing as the campaign began.

Here, they are exploring the mountains around Etseri with great interest, as well as making contacts with Svan mountaineers and offering to teach local children some of the basics of harnessed rock-climbing. A watchtower stub above our house will serve as a wall for this latter pursuit. 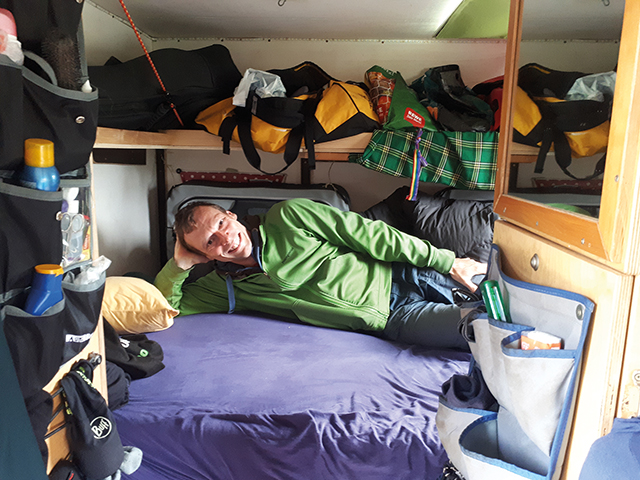 On his first trek to the Baki Pass between Etseri and neighboring Mazeri, Gerhard was startled to discover that he was being watched by… no less than a Caucasus Leopard. He only noticed it when it started to move towards him from some distance away, which prompted him to slide downhill in case it was actually serious about hunting him. It was mostly in silhouette, and too far (and he was too hurried) to get a photograph, but he is positive about its form. It could not have been a wolf, bobcat or lynx. 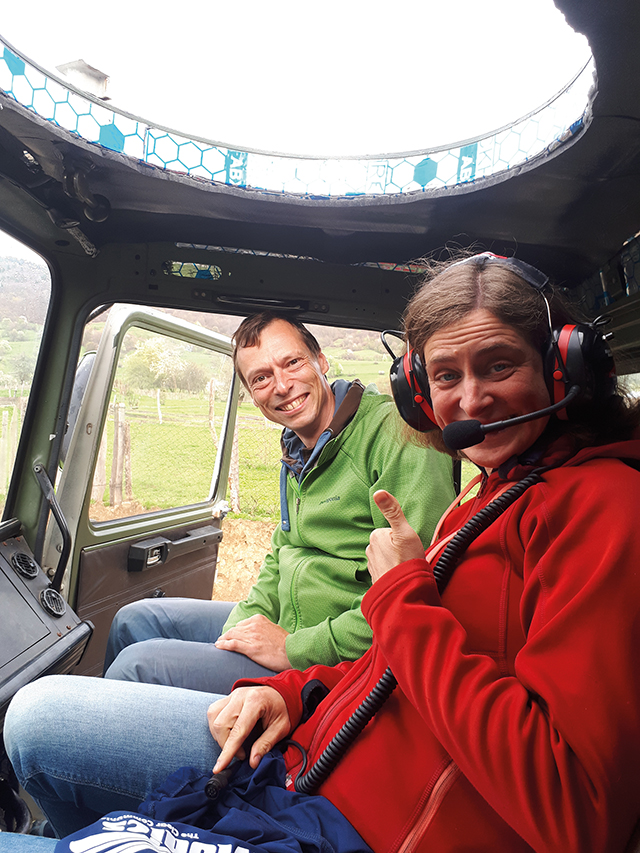 When he returned later that day and told me the news, I immediately looked online to see what he could have seen, initially thinking of rumors of the Russian (re)introduction of Snow Leopards into the North Caucasus, the border of which is only a few km away from us. These accounts and the possible results are inconclusive, but what is clearly documented is that there does exist a subspecies of big cat called the Caucasus Leopard. These are colored more like African leopards, not to blend in with winter landscapes. 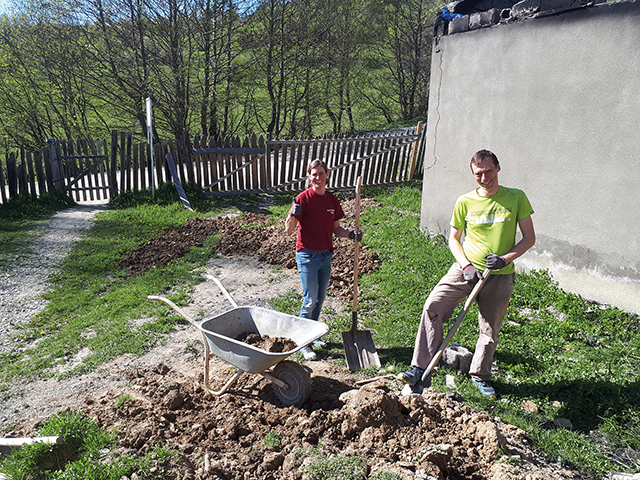 The couple have since returned to the location of the sighting, but not found any more evidence of the creature. There are, however, many large wild birds like grouse in the area, on which it could feed. And leopards are known to have large territories. Plus, my neighbors can testify that they have been reported here, very rarely, and one was even shot by a villager decades ago (with nothing remaining of it now). So this news is very exciting.

The Rühles are also helping us with some spring projects, such as removing a large pile of dirt and rocks and using it to level some of the land around the house. They have moved all our outdoor construction wood under the shelter of the café which we must finish this autumn, and we have a list of other things for them to do in between exploring the mountains. Their website for those interested is www.ruehletours.com (It’s mostly photos, with captions in German; very interesting and worth a good look.)

We are enjoying this longer-term stay, the extra pairs of helping hands around the place multiplying what the two of us can do on our own, and making new friends to last as well. The timing of their arrival is perfect for our needs as well as their own, and it’s a good fit. Wilkommen! 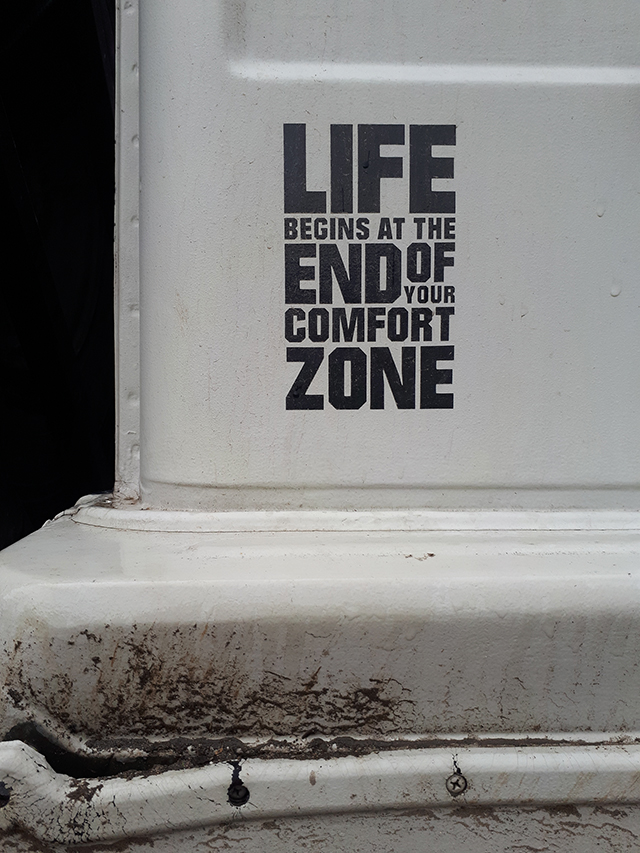