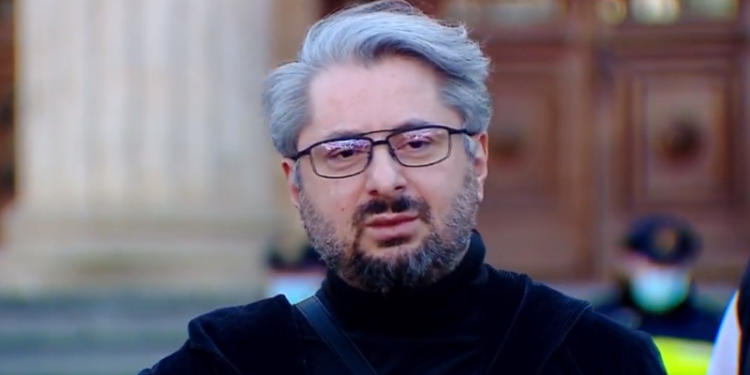 The trial of Nika Gvaramia, Kakhaber Damenia and Zurab Iashvili is ongoing in the Tbilisi Court of Appeals. Convicted Nika Gvaramia, the founder of Mtavari TV, is also attending the session.

Gvaramia’s appearance was met with applause by those gathered in the hall.

For the record, the decision of the Tbilisi City Court has been appealed by both the prosecution and the defense.

The court of the first instance found Nika Gvaria and Kakhaber Damenia guilty, while Zurab Iashvili was found innocent.

The court found Nika Gvaramia partially guilty, requalified part of the charges brought against him under Article 220 and sentenced him to 3 years and 6 months. Nika Gvaramia was found guilty in two episodes of abuse of power, which was related to “Porsche” and the embezzlement of 6.7 million GEL.

Zurab Iashvili was found not guilty.