Traffic to be Restricted in Tbilisi Due to Independence Day Celebrations 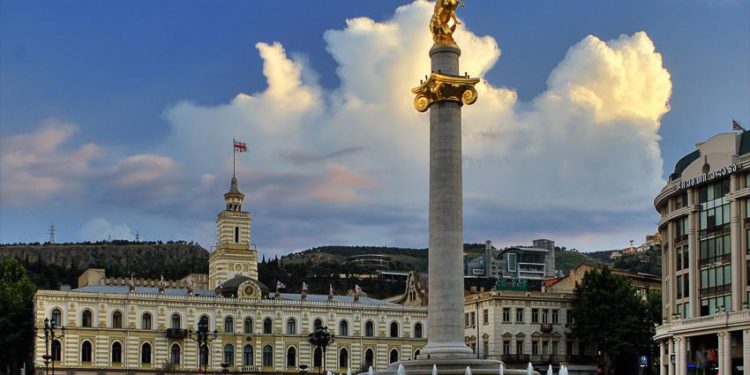 Due to the celebration of the Independence Day of Georgia, traffic will be temporarily restricted.

Tbilisi City Hall announced that Freedom Square will be closed on May 22 from 00:00 to May 27.

Traffic will be available to the ramp near Baratashvili Bridge and from Rustaveli Avenue to Gudiashvili Street. The movement will be completely restricted from Kote Abkhazi and Dadiani streets in the direction of Freedom Square.

On May 26, due to the event dedicated to Independence Day, from 07:00, on Rustaveli Avenue, traffic will be allowed up to Chanturia Street. Traffic in the direction of Rustaveli Avenue will be restricted on Ukrainka, Jorjadze, Chichinadze, 9 April, Purtseladze and Gudiashvili streets.

Independence Day is an annual public holiday in Georgia observed on 26 May. It commemorates the 26 May 1918 adoption of the Act of Independence, which established the Democratic Republic of Georgia in the aftermath of the Russian Revolution of 1917. It is the national day of Georgia.

Independence Day is associated with military parades, fireworks, concerts, fairs, and political speeches and ceremonies, in addition to various other public and private events celebrating the history and culture of Georgia.