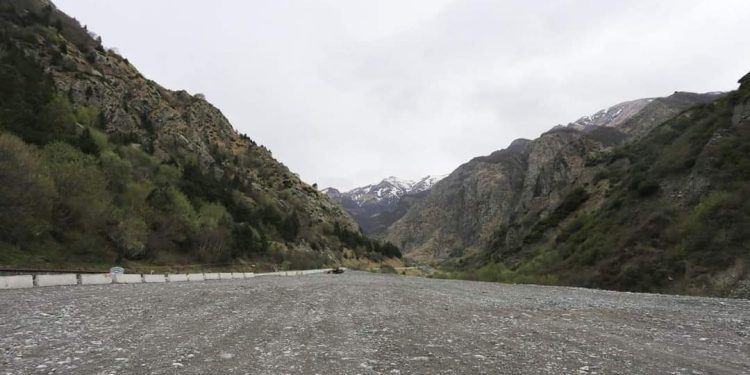 Traffic on the Mtskheta-Stepantsminda-Larsi Road connecting Georgia and Russia has resumed following the flooding of the Tergi River, the Roads Department of Georgia reported.

“As a result of intensive works and relevant measures, traffic flow was restored on the 136th km of the Mtskheta-Stepantsminda-Larsi road of international importance (neutral zone),” the Agency said.

The Department further noted that a temporary road would be used for traffic at this stage, while the main road is being repaired.

For the record, late on Monday, the flooding of the Tergi River in the north of Georgia damaged an 80-meter section of the road, with the Kazbegi customs checkpoint across the border also forced to suspend operations.

Traffic has also resumed under special mode on the Zhinvali-Barisakho-Shatili road in Georgia’s north-east. The flooded Aragvi River there damaged the carriageway, leading to all vehicles being prohibited on several sections of the road.