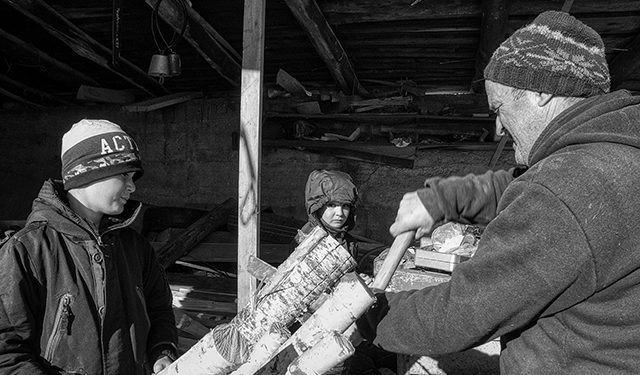 Once again the annual cycle of events brings us back to Lamproba, the Festival of Torches in Upper Svaneti, centered on Etseri. It’s connected with the changing date of Orthodox Easter, so it too changes within a range; but it’s always “in the bleak midwinter”. 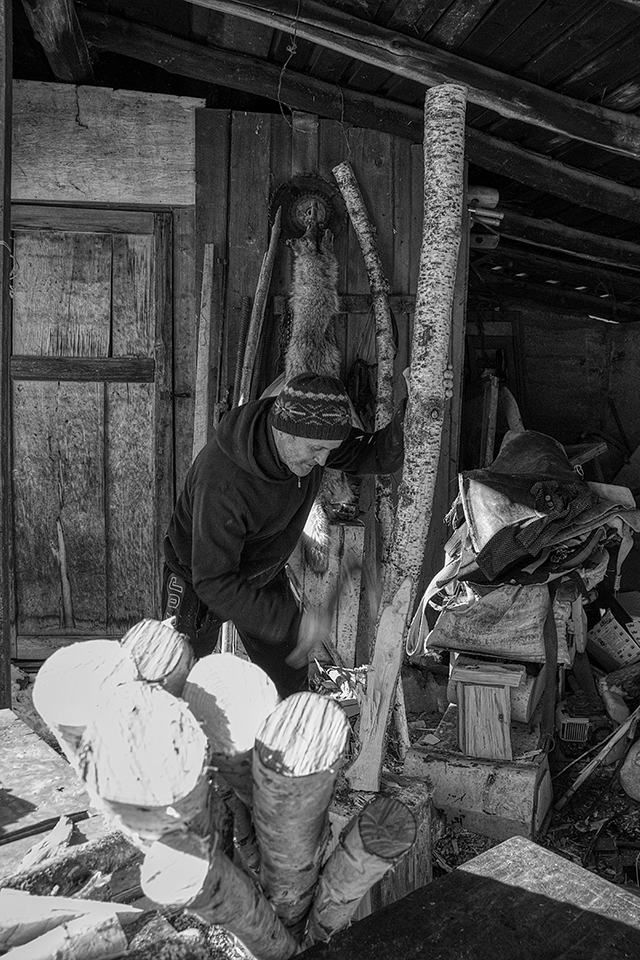 Despite asking many people, I have not found a confidently asserted date, or even century or foe, as details of the battle won near Etseri by men carrying burning torches. However, this time, visiting my neighbor and best friend in the village, I did glean some more intriguing details about the festival itself.

The torches are always made of straight birch boughs, one per male family member, the largest belonging to St. George as an extra. Why birch? Here’s why: the legend is that Jesus Christ was running from some persecutors, and in a forest he asked an evergreen tree to hide him among its branches. It refused, putting them up instead of down to cover him. Another tree, of indefinite species, did the same. But the birch, which he asked third, obliged, and put its branches down to hide him. So, in honor of this protection, birches are always used as these particular torches, and revered for other purposes too! 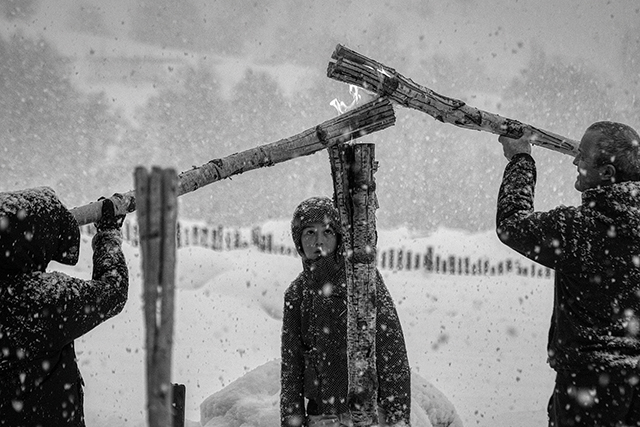 Each branch is cut and, while still very fresh and green, split many times at one end with an adze, making that end spread out a bit like a broom. The greenness ensures that these splits will not break off. Cedar chips (and, more modernly, diesel) are added to the cuts to make it burn better.

The morning of Lamproba, ideally while it’s still dark, the men and boys of each family light the torches and carry them burning through the deeply snow-laden village paths to where the bonfire of them will be started; usually one location per hamlet, just outside a church. (Our place features a large old pagan holy tree just outside the church, a walnut I think, visibly vying with it for pride of religious place in people’s hearts and lives.) They make the fire right on the snow, and it burns strongly enough that over the next few hours it will melt through half a meter or more of snow down to the ground, without putting itself out. 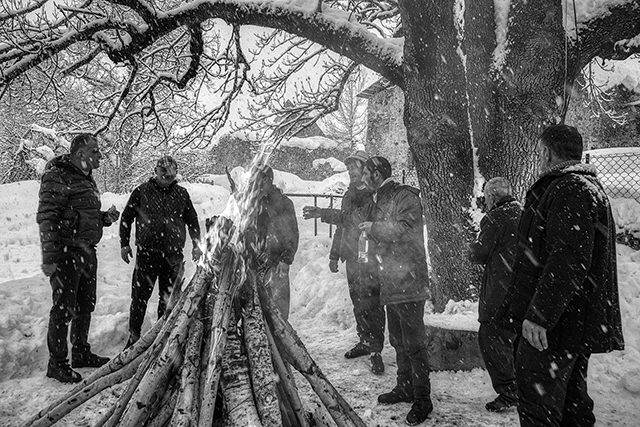 We greet and congratulate each other for the Day. Then, a while later, the women and other family members will start to arrive, with bags of little round bread loaves and bottles of either moonshine or wine. Three at a time, the men take three loaves each and pray out loud and together (ideally in Svan) for each family in turn. Toasts are drunk, because, Georgia. Later (which The Virus makes us miss as we are currently doing with all feasts), there will be a traditional Georgian feast in each hamlet, hosted by a different family each year in turn.

This year was the first time that I was invited and requested to join in the prayers for each family, which I gladly did, in English but with no-one objecting. It felt like I really was being shown that I belong to the community, which gladdened my heart much. 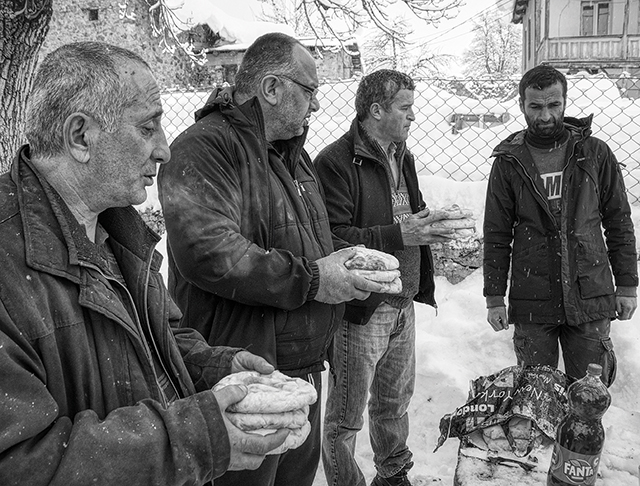 I had two male guests with me, from Chile and Canada, and they were fascinated with the proceedings, and privileged to be there for the timing of the whole event, which in their eyes was a marvelous medieval-era thing preserved to now. The details lost, it still unites Svans in their own province, elsewhere in Georgia and indeed wherever they are in the world.