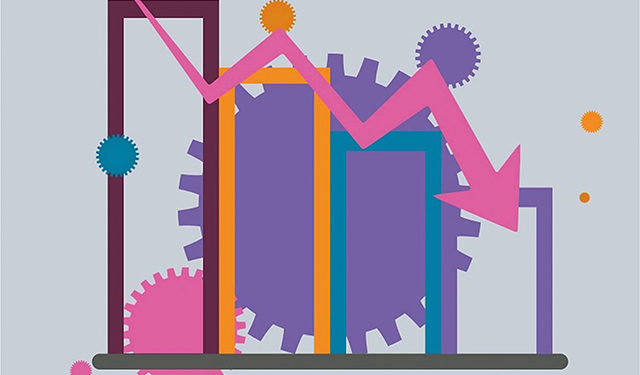 Smoking and passive smoking are some of the main problems for public health in Georgia. According to the WHO, 29.9% of adults in Georgia smoked tobacco in 2017. Smoking prevalence among males was 54.6% – fifth in the world and first in Europe. A study by UNDP suggests that about 0.4% of the adult population of Georgia die annually from tobacco-related diseases, and the estimated total annual economic costs of smoking account for 2.4% of GDP.

Tobacco control policy and taxation
To reduce the health and economic harm of tobacco use, Georgia has implemented radical changes to the tobacco control legislation and tobacco taxation in recent years. Georgia made the most radical step towards a tobacco-free society in 2017, when Parliament adopted a comprehensive package of legislative amendments to the Tobacco Control Law (TCL), Law on Advertising, Law on Broadcasting and Administrative Offences Code, which included: a) a ban on smoking in public places; b) a ban on all kinds of advertising and marketing activities; c) restriction of sponsorship; d) increasing the size of health warnings on the packages of all tobacco products from covering 30% of the package to 65%, and the introduction of obligatory graphic health warnings.

In parallel, Georgia started rapidly increasing excise duties on tobacco in 2017. The key changes in excise tax rates by type of tobacco product are presented in Table 1. According to the Tax Code of Georgia, excise duties on tobacco products consist of specific (Sp) and ad valorem (Ad) components. The rate of specific tax is a fixed amount of GEL per pack of cigarettes, while ad valorem tax is expressed as a percentage of the retail price of cigarettes.

Impact of the measures implemented
The effectiveness of recent tobacco control measures has not been assessed yet due to a lack of data on smoking patterns (prevalence, intensity, quitting rate, etc.). This data is not collected by local sources in Georgia. The latest information on smoking in the country was collected in 2016 by the WHO using the STEPS survey. However, despite the lack of specific data, I tried to analyze the impacts of the measures implemented, by using data on the size of the cigarette market a) prepared by Euromonitor International and b) from our own estimates based on data from Geostat and the Ministry of Finance.

Table 2 shows estimates of the cigarette market measured by the value and number of cigarettes sold in Georgia during 2013-2019. Cigarette consumption measured by the number of packs sold was relatively stable in 2013-2016 and has begun to decrease since 2017. In 2018, approximately 375 million packs of cigarettes were smoked, which is 35 million packs (11%) less than in 2013.

In monetary terms, the size of the cigarette market was growing steadily until 2019, as the price increase outweighed the decrease in the number of cigarettes sold. However, in 2019, the total value of cigarettes sold in Georgia showed a 14% annual decline and amounted to 1,152 million GEL. According to Euromonitor International, the sharp decline in cigarettes’ market value was caused by consumers switching to cheaper alternatives along with increased illicit sales of cigarettes.

Table 3 shows alternative estimates of the cigarette market in Georgia. We calculated the number of factory-made and roll-your-own (RYO) cigarettes sold in the country based on production and trade data provided by Geostat:

The number of factory-made cigarette packs is robust across different sources – Euromonitor International, Geostat, and MoF. Estimates of the market size for 2017 and 2018 are nearly identical. Most importantly, all three sources show the same dynamics: the size of the cigarette market has been rapidly shrinking since 2017, indicating the remarkable achievement of the tobacco control policy implemented in Georgia. The biggest contraction occurred in 2019, when the sales of factory-made cigarettes fell by 44% or 52% according to MoF and Geostat data respectively.

Also, the remarkable results of these tobacco control efforts could potentially be hindered by the development of an illegal market. Higher excise tax rates on tobacco products create incentives for illicit trade, which reduces the effectiveness of tobacco control and taxation policies by providing goods at lower prices, mainly by avoiding government taxes through smuggling, illicit production, and counterfeiting. The development of the illegal market reduces government revenues. According to World Bank study, the Georgian territories of Abkhazia and South Ossetia, currently occupied and controlled by Russia, could be a source of illicit tobacco products. The existing literature suggests that the illicit cigarette trade in Georgia was low – just 1.5% of total cigarette trade in 2019. Despite this, and given that trends can change rapidly, Georgian policy makers should put a special effort into fighting illegal trade in tobacco products.

Another important issue is the low availability and accessibility of cessation support programs, as smoking-cessation services are available only in a few private healthcare facilities. Moreover, the costs of such programs are only partially covered by universal health insurance. Also, the Government’s policy against smoking does not include any tobacco harm reduction actions – the legislation does not differentiate between tobacco harm reduction products (such as e-cigarettes, which may be somewhat less harmful to human health), traditional cigarettes and fine tobacco. As an increasing number of countries recognize that enabling access to safer tobacco products (such as e-cigarettes, snus, and heated tobacco products) is an effective harm reduction and smoking cessation measure, Georgia may consider regulating tobacco harm reduction products differently from combustible cigarettes.

Finally, the health benefits of the implemented tax policies could be hindered by the heterogeneous nature of taxation, which encourages downward substitution and shifting to smoking cheaper or RYO cigarettes instead of a reduction in smoking. Therefore, when considering further increases in excise duties on tobacco products, the excise increase on fine tobacco should be relatively higher than on cigarettes.

We will elaborate these topics further in future blogs.