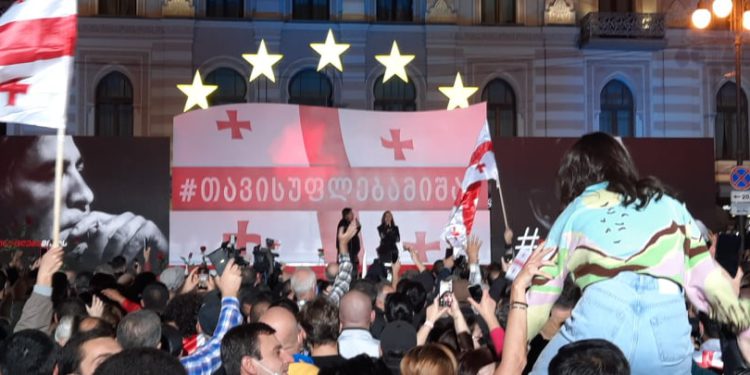 Thousands of citizens, alongside media and political representatives, have taken to the streets at the request of the former UNM opposition leader, and third president of Georgia, Misha Saakashvili.

They aim to protest Saakashvili’s imprisonment, demand his release from prison, and to criticize the results of the October 2 elections, which saw the ruling party Georgian Dream claiming overall victory.

At present, Misha’s supporters are gathered around the stage set up in Freedom Square today, listening to various speakers give their views. The atmosphere has been described by GEORGIA TODAY’s journalist on the scene, Mike Godwin, as calm and somewhat festive. A significant number of police are quietly present at the edges of the crowd. No GD representatives have spoken out as yet.

Social distancing and mask-wearing are not being enforced.

Saakashvili was arrested on October 1 and sent to Rustavi Prison. He has been on a hunger strike since.