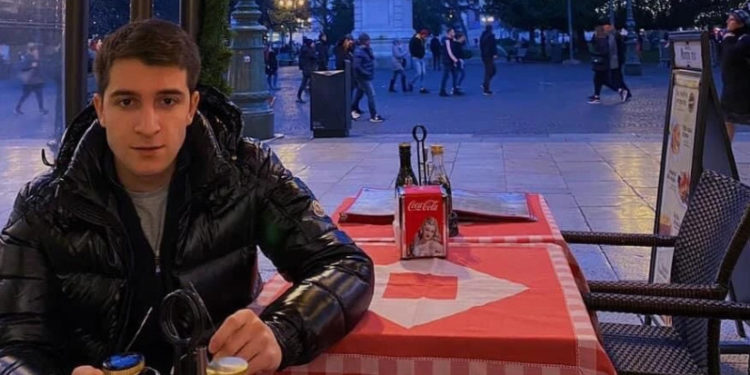 Tbilisi City Court sentenced the accused in the murder of Feedc Platform Founder Nika Kvaratskhelia to imprisonment in absentia as a measure of restraint.

The next court hearing is scheduled for November 15.

The officers of Tbilisi Police Department of the Ministry of Internal Affairs, as a result of intensive operative-investigative activities, solved the fact of premeditated murder that took place on Anjaparidze Street in Tbilisi on September 15, 2021.

“In the course of investigation, it was established that A.Ch. (DoB 2000) and G.K. (DoB 1999), acted according to previously elaborated plan to murder N.K. (DoB 1999). In particular, on September 15 of the current year, the mentioned persons rented a car and drove to the direction of Veriko Anjaparidze Street in Tbilisi to ambush N.K.
“Based on the evidence obtained in the case, it was also established that A.Ch. made more than 10 shots to the direction of N.K. and fled from the place of crime along with G.K. by the rental car.
“Due to the received body injuries, N.K. died after being transferred to the hospital.
“Investigation is in progress under articles 108, III and IV parts and 236 of the Criminal Code of Georgia.
“In order to determine the whereabouts of A.Ch. and G.K. and to arrest them, complex operative-search and investigative activities are underway,” reported the MIA.

For the record, 22-year-old Nika Kvaratskhelia worked in the field of technology, he was the founder of the platform Feedc.