There May Be a Way to Resolve the Conflicts 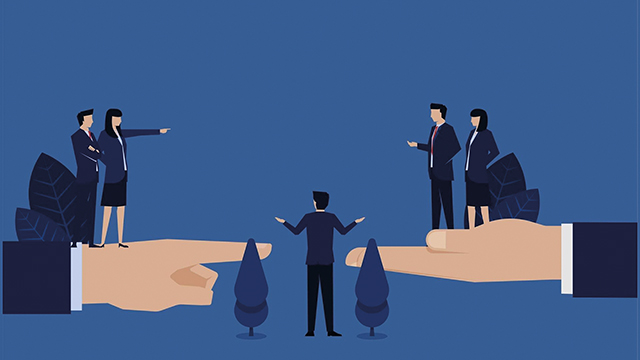 There is a political scientist in Georgia who says that the frozen geopolitical conflicts in the South Caucasus are resolvable. This might sound overly loud and bold to the ear of a regular civil servant, but there is certainly a lot of gravity and charge to the statement, as there is in the thought of ending those gory conflicts resulting from the noisy soviet collapse, still kept smoldering by Russia.

The world knows of many unresolved conflicts, but it remains incapable of ending them. It is presumed that the main cause of such impotence is the world’s reluctance to look into the reasons that triggered said conflicts. The attitude has to be altered towards conflict resolution mastery, by introducing a renovated general outlook and a subtler strategic thinking, based on actual opportunities and strengthened with intellectual arguments. The goal is to give impetus to reasonable trust in values like freedom, justice and love. This might sound a little too far-fetched in the political reality as we know it, but digging in with the belief that good can win over evil might save the day for all of us sufferers in those interminable conflicts. And what might save the day is the creation of something new, compared to a ceaseless reiteration of the same old story.

Why do conflicts persist and never get resolved? The triad of universally recognized solvers is made up of governmental, nongovernmental and international bodies. On the level of extant political thinking, the presence of each of them is essential in solving the problem, but it is not enough. None of the threesome is free enough in their status, thinking or actions to serve the purpose of conflict resolution: they usually end up fighting over the result, not the reason for the conflict; always leaving the reason unnoticed and untouched. Moreover, they never go to the extent of detecting and studying the sources of those reasons. In short, all three are limited in their opportunities because of their nature. They have no chance to solve anything independently from each other, too often contradicting each other in the process. Not only do they not serve the purpose of conflict resolution, but they sometimes become the victims of conflict themselves. Governments are free in exercising their own ideology and power, but they are also unwilling to jeopardize their presence in power. To be active and functional, NGOs use either local or external funding, trying to satisfy the grant demands while serving their donors’ purposes, made up of individuals who, though they may be good and talented people, often do not fully understand the larger mosaic of which they are part. And as far as the international organizations are concerned, they are akin to clubs consisting of united countries, within which each nation wants to serve its own interest.

What we now want is to put together under one aim every resource owned by the above triad, and create one big strategic plan for conflict resolution, which will necessarily be peaceful. We can’t afford another fight! The plan must be based on relevant education, active science, and vigorous youth. All these ingredients of the future plan are accumulated within the university space: the most progressive, pragmatic and adequate place for such plans to be worked out and enforced. The instrument for the action is the newly invented medium called University Diplomacy, which is focused on introducing the Georgian paradigm of peace; Georgia becoming an actual international player; Georgia acquiring a new function, compatible with the international environment; Georgia embracing the politics of a winner; the South Caucasus region becoming a mutual space, where every player has its share of gain, and within which conflicts are resolved.

Based on the theory of Professor Zurab Khonelidze, Doctor of political sciences, rector of Sokhumi State University, president of the Georgian pedagogical Academy, Ambassador Extraordinary and Plenipotentiary