There Is Something Wrong in the Air 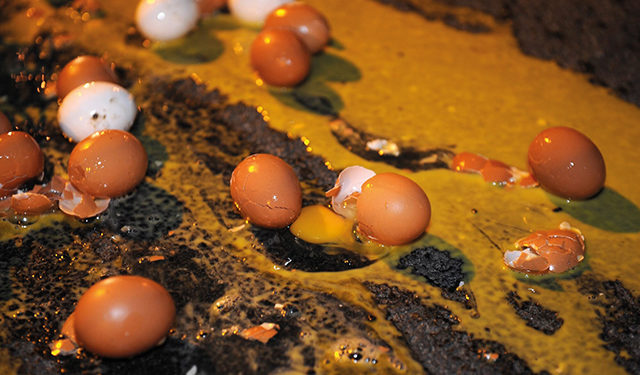 The world will never forget the incumbent American President’s recently coined loud and straightforward epithet, describing the current Russian President as a ‘killer’. No more, no less – a killer! The word has forever been embossed in the annals, and if it is taken seriously, it might eventually play out as enough reason for a third world war to kick off. The Russian boss has taken it in his stride, at least ostensibly, and I think his reaction was quite sensible at that point in time, otherwise, a global conflagration could have followed.

My curiosity does not go beyond a simplistic attitude towards this verbal excess on a summit level. I just want to know if the world leaders should be communicating with this style and content. This question was raised throughout the global media many times, but the answers were scarce and flimsy. One of the problems of our national reality is the way we react to the world’s political incidents, because the inadequate feedback always ends up in unexpected drawbacks for the country, including economic ones. In the last thirty years, we have made plenty of emotional but not very intelligent moves that have cost us lives, territory and money. The reaction to Biden’s name-calling against Putin has to be relevant on our part. We should probably stay neutral, or just keep mum. Gloating over the Russian leader’s shattered image will not give us anything except a vain joy of sneering at the famous ill-wisher. Our recent journalistic assault on the Russian leader, expressed in the nastiest ever diatribe, was not given a solid evaluation from the standpoint of political philosophy, as if nothing much had happened. Meanwhile, the oversensitive Russian national mind, which happens to be under a permanent global attack, recorded the mentioned assault with sharp pain and vulnerability. A calculated response from Russians always pops up to surprise at some unexpected point. Nothing will be forgotten!

Time passed and there came another incident: the so called “Gavrilov Night”. Again, a worldwide narrative was created out of the incident in Georgia’s parliament, where a Russian legislator, accidentally or deliberately, was found ensconced in the Georgian Speaker’s chair. The entire nation reared up as a result. Further development of the incident only deteriorated Russian-Georgian relations further, and yet, again, nobody came up with a deep philosophical analysis of this weird episode in the Russian-Georgian divorce saga.

Life continued and an even more delicate experience was thrown into our national story basket. I could hardly imagine that the well-known Russian journalist Vladimir Pozner would ever wish to celebrate his birthday in Tbilisi, but no! The man, who is only three years shy of his nonagenarian jubilee, managed to put together a party of 50 to rent a charter flight to Tbilisi and celebrate his birthday here. No sooner had the group landed in Tbilisi than they were compelled to dash back to the airport, having been kicked out from their choice venue of divertissement. Many would say that Pozner deserved the kick! Why? For the simple reason that he loves to tuck out in the company of his pals in Georgia, but has no desire to recognize Georgia’s territorial integrity, having stated that Abkhazia and South Ossetia will never be part of Georgia again. Imagine the effect of this statement on our Georgian minds, exacerbated to the hilt by Russia’s role in Georgia’s territorial calamity. And again, there came an egregious overreaction to the fact of a bad guy’s stay in our domicile: he and his entourage were bathed in egg whites and yellows so much that umbrellas would have been a huge relief if provided.

Question: was it worth? Answer – no! No because the move was once again badly designed. And we will see the consequences very soon. When fighting the adversary, a wise strategist comes up with a logarithm of guaranteed victory, and a smart tactician uses the available resources to produce an immediate effect, aimed at the annihilation of the enemy, not its reinforcement. Any challengers of this thought around?