The World Standing by Ukraine: EU Cutting Back on Russian Gas and Oil amid Fears the War Will Spread 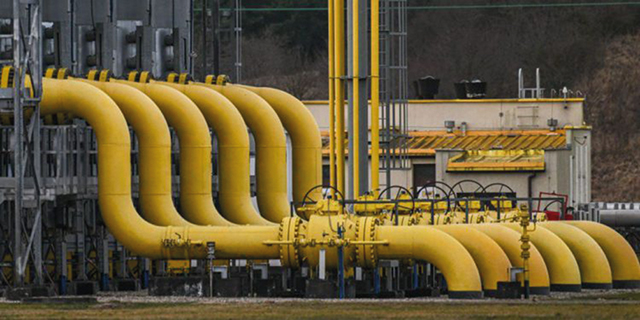 The Russian Foreign Ministry has imposed sanctions on 287 members of the British House of Commons. The people now banned from entering Russia took the most active part in the establishment of anti-Russian sanctions in London and “contributed to the groundless whipping up of Russophobic hysteria in the UK,” Russia claims.

British Foreign Secretary, Liz Truss noted, “If Putin succeeds, there will be untold further misery across Europe and terrible consequences around the globe. We will never feel safe again. So we must be prepared for the long haul and double down on our support for Ukraine.”

Russia’s Gazprom informed both Bulgaria and Poland on Wednesday that it will cut off gas exports. The two countries will be the first to be cut off from Russian gas since Moscow invaded Ukraine.

Poland has refused to comply with the new scheme and said it will not extend the contract.

The Polish government says gas supplies will not be affected, as it can source gas via two links with Germany, an upcoming link with Lithuania, and via an interconnector with the Czech Republic.

When Gazprom told Bulgaria’s state gas company Bulgargaz that it would cease gas supplies, the Bulgarian government responded that this would not lead to gas restrictions, as it has found alternative arrangements for the supply of natural gas.

“Germany’s network regulator said it was monitoring the situation and that “the security of supply in Germany is currently guaranteed,” reported DW.

A European Union top official described as “blackmail” the announcement that Russia was suspending shipments of natural gas to Poland and Bulgaria.

Habeck said Germany has cut oil import dependency from 35% to 12% in eight weeks.

“Today, I can say that an embargo is now more in reach for Germany. In the coming days and weeks, we will continue to expand this independence and rapidly move away from fossil fuels. But as I said, what a few weeks ago seemed a very large problem for Germany, has shrunk considerably, so that German independence from Russian oil is now very, very close.”

The fear in Washington and European capitals is that the conflict may soon escalate into a wider war — spreading to neighboring states, to cyberspace, and to NATO countries suddenly facing a Russian cutoff of gas.

“Over the long term, such an expansion could evolve into a more direct conflict between Washington and Moscow reminiscent of the Cold War, as each seeks to sap the other’s power,” reported the NY Times.

The American secretary of defense has called for an effort to degrade the capability of the Russian military so that it could not invade another country for years to come.