The War News & Us 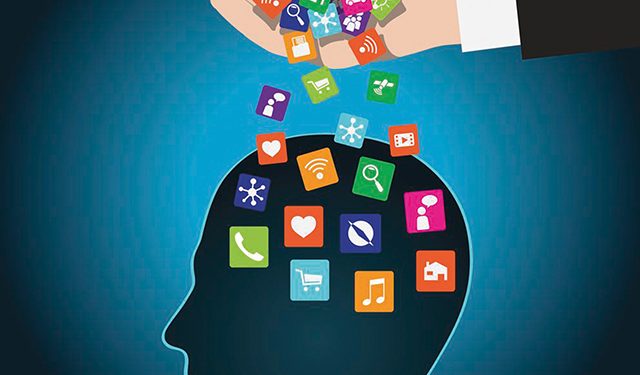 In the modern world, there is nothing more powerful than the means of mass communication, not even the big money that keeps Mankind ticking. Scarier than media is only the nuclear potential accumulated in the world. Media has our hearts and minds, and it shapes the model of our public and private behavior.

An uncountable number of most valuable hours is spent on the production of news and commentary, watched, read and listened to by the public worldwide, day in, day out.

This is the Media-Public interaction formula, meaning in one specific case that the winner in the Russo-Ukrainian war is the side that is winning the information war, thus imposing a certain type of ideology on the unsuspecting populace. The question is how truthful the picture is, pushed as it is into the ears and eyes of the watchful global society. The overall image of the situation cannot be absolutely correct and trustworthy for the simple reason that we humans tend to describe the world emotionally and in favored colors.

So, how to get down to the most believable nitty-gritty of this strange war? This might be impossible considering the contradictory nature of the news stories we hear from numerous informational sources. For instance, should we believe that Ukraine is winning the war? That’s what the Western propaganda machine has been bawling into our ears since the Ukrainian counteroffensive against Russia began, and even prior to that. Or should we trust the Russian PR system, albeit infirm and miserable compared to its Western counterpart, that Russia has temporarily hushed its machine guns and is sitting in the ambush and preparing for a decisive assault? How credible and plausible might be the Western hope and presumption that Russia has already found itself on the verge of an imperial collapse? Or should we better listen to the optimistic narrative of Russian political scientists who want to perpetuate as a given the idea of the invincibility of their motherland.

The West wants to suggest negotiated peace might be a possibility in the war theater, confined to Ukraine, but the question is if Russian and American leaders, the main players of the game, care at all about anything except their own prestige and the mood of their respective electorates. Each of them is determined to build the world’s future the way they think is right, but what is right and what is wrong has not yet been made clear enough to understand. Russia thinks that its special military operation in Ukraine is a divine move, saving the two brotherly peoples from chimerical perils, and America takes its counteraction as historical manifest destiny, where it must rescue the innocent Ukrainians from Russian murder. It looks like both want to rule the world in their own way, their respective regional influences seeming not large enough for their image and power.

In this context, the Western information tries to persuade us that Putin’s determination is not just negotiation of peace, and the minor gains thereof, but the conquest of Ukraine via its unconditional subjugation. The Russian political establishment, however, insists that it was merely striving to achieve the strategic safety of their country – a demand that was neglected and laughed at by the West, thus pushing Russia toward the now-evident military action.

And again, what should the consumers of the news take as irrefutable truth, if the word ‘irrefutable’ could be relevant at all in this context? The interminable mutual recrimination between the Russian and Ukrainian leaderships is also a cognitive problem. We the TV viewers and radio listeners, turning from outdated but still readable newspapers to our speaking boxes or cell phones, want to hear something that is at least approximated to the truth we are seeking, but, alas, we continue hearing mutually exclusive stories of those much-talked-about anti-Russian sanctions, which in the Western vocabulary are tremendously effective, but which do not work at all if interpreted by the Russians. Maybe things are simpler: those who want to support Russia lie in their own winning way, and those who counter Russia are lying as they think is best for them. Cynicism has no limits when it comes to these weird wars!