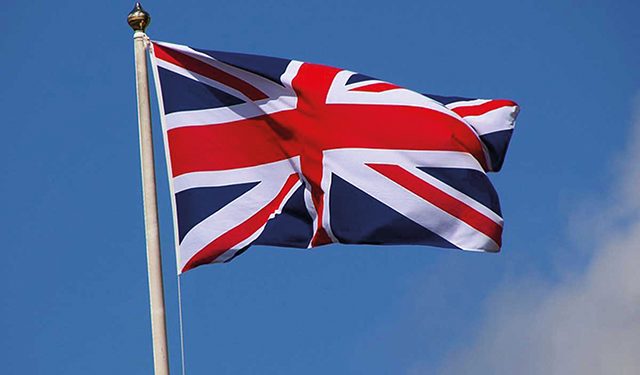 The war in Ukraine has already become widely assessed as an event that will bring a “new reality” to all in Europe. The way the collective West responds to the Russian threat to European security will determine not only the fate of Ukraine and other Eastern European countries, but also generally Europeans’ sense of safety in the years to come. The key actors in Europe have already experienced shifts in their security visions and actions in terms of making decisions to help Ukraine. The UK, in particular, has stood out as an important player in this process with its straightforward position against Russia.

The fact that the UK aims to play an active role in Eastern Europe in the security field became clear even before the full scale invasion of Ukraine. On February 17, during Liz Truss’ visit to Kyiv, the Foreign Ministers of the UK and Ukraine announced the formation of a trilateral partnership between the UK, Poland and Ukraine, not only in the fields of economic and trade relations, but also in security. Just one week later, the Russian invasion of Ukraine became the first challenge for the newly formed partnership. However, the UK seems to be dealing with it successfully. Prime Minister Boris Johnson has been positioning as President Zelensky’s friend and ally, and his support has been appreciated in Ukraine, where he is often called “the most principled of opponents of the Russian invasion” and even has streets in his name.

The UK’s support of Ukraine
The war in Ukraine has proven that the UK is ready to cooperate with the EU and be an active, if not a leading, player when it comes to European security. The war in Ukraine pushed the UK and EU to intensify their relationship, one which had experienced a certain level of distancing after Brexit. Once both the EU and the UK began focusing on the bigger picture of challenges Europe is facing, their cooperation became stronger. Liz Truss even attended the meeting of the Foreign Affairs Council of the EU in Brussels in March. Steps regarding Ukraine are based on close cooperation, and some believe that this will only increase in parallel with the war in Ukraine, as coordinated steps will be needed regarding further military support and targeted sanctions.

Alongside the economic sanctions, the UK has closed its airspace to Russian flights, restricted Russian media as a source of disinformation, sanctioned a number of individuals, including Putin’s relatives, Russian officials, oligarchs, generals who are committing atrocities in Ukraine, and others. The number of sanctions and sanctioned individuals grows by the week.

At the beginning of April, after the Bucha tragedy was revealed to the world, on April 9, Boris Johnson traveled to Kyiv and walked the streets with President Zelensky. The visit was widely recognized as historic and a very successful diplomatic step. On April 23, Johnson announced that the UK was to reopen its embassy in Kyiv to demonstrate solidarity.

This successful partnership did not go unnoticed in Russia. After several explosions on Russian soil, Russia accused Ukraine of involvement. Even though Ukraine did not recognize that strikes had been made on Russian territory, James Heappey, the UK Armed Forces Minister, said that it would be legitimate for Ukraine to disrupt Russia’s logistics and use British weapons to do so, “even on Russia’s territory.” As a response, Russia accused London of “direct provocation” and threatened a “proportional response”, including targeting decision-making centers in Kyiv. Some believe that the UK might also become vulnerable to Russian cyber-attacks, however, this cannot become a reason for the UK to reduce its support of Ukraine.

How the UK sees the Russian threat and why it is important for the Eastern European states.
UK-Russia relations are at their worst, especially following a number of murder cases of former Russian spies on British territory, and the more recent poisoning of Sergei Skripal and his daughter in 2018. In this sense, in comparison with other big European powers, the UK was closer to Eastern European countries in terms of perceiving Russia as a security challenge. This shared vision and common values were also stressed in the joint statement made by the three countries, the UK, Poland and Ukraine, when announcing their new trilateral partnership.

Boris Johnson’s speech in March about Putin’s reasons for invading Ukraine pretty much sum up how the UK evaluates the threats from Russia on other Eastern European states. In his speech, Johnson noted that if Russia wins this war in Ukraine, it means the “extinction of any hope of freedom in Georgia and then Moldova” and that this will affect the entire region of Eastern Europe and give a green light to autocrats all over the world. This vision determines the UK’s policy towards supporting Eastern European countries and now firstly and most importantly Ukraine, against Russian aggression. The UK officials, alongside the other Western leaders, more and more often stress the need and express readiness to support other countries outside of NATO and under the threat of Russian influences, including Georgia and Moldova.

The war in Ukraine might be becoming an opportunity for the UK to play a new role in supporting Eastern European security, not only during times of war, but also in the future. Further, it opens a momentum for these countries, especially non-NATO members, to follow the path of Ukraine and take steps to deepen cooperation in strategically important directions with the UK, a strong European actor with a clear understanding of the Eastern European security context.