Joe Biden to Ukraine President: US Will “Respond Decisively” if Russia Invades 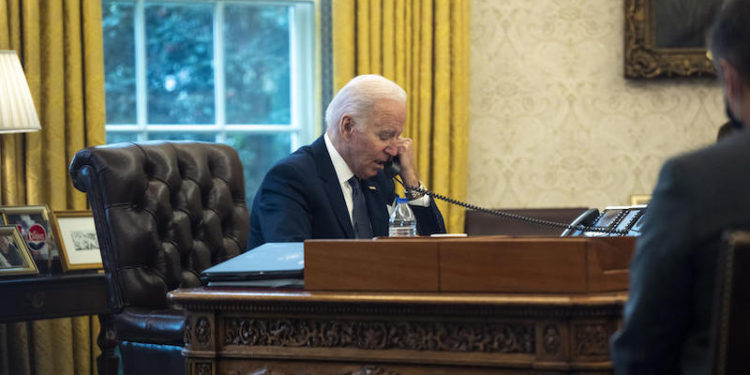 US President Joe Biden spoke by telephone on January 2 with Ukrainian President Volodymyr Zelensky. According to a statement issued by the White House, Biden explained that if Russia again invades Ukraine, the US and its allies will respond immediately.

According to a press release, the leaders expressed support for the diplomatic effort which will begin next week with a bilateral strategic dialogue in NATO, in the format of the NATO-Russia Council.

President Biden underscored the commitment of the United States, its allies and partners, to the principle of “nothing about you without you.” He reaffirmed the United States’ commitment to Ukraine’s sovereignty and territorial integrity. He also expressed support for confidence-building measures to de-escalate tensions in Donbas and active diplomacy to advance the implementation of the Minsk Agreements, in support of the Normandy Format.