The Third Round of Negotiations Between Ukraine and Russia 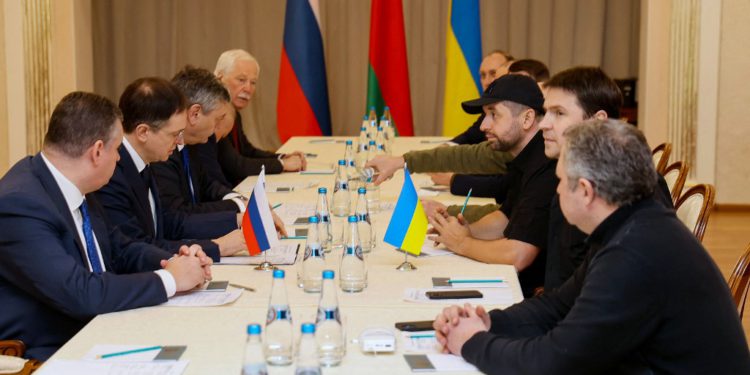 The third round of negotiations between Ukraine and Russia will be held on Monday, March 7. Davit Arakhamia, a member of the Verkhovna Rada of Ukraine and leader of the People’s Service faction, spread the information on his Facebook page.