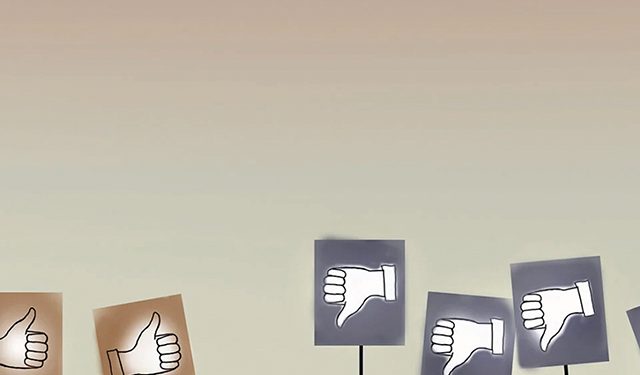 As in any other country of the contemporary world, there is a routine political process going on in Georgia, one which existed even in the era of so-called developed socialism, carrying us, the Soviet Georgians, towards the dream world of communism (at a snail’s pace, though!) The pre-soviet political process did not mean much: It was formal, diluted and ineffective: People lived beyond that process and were not concerned much with its consequences, seeing it all happen with calculated smoothness and the required veneer, but without any meaningful public participation.

Today, the picture is totally different: The political process has weight and value, along with the rest of all those indispensable parameters- length, width, depth and height. Seemingly, with this kind of significance, the current political process in Georgia should have the potential to do its main job, which is the enhancement of the quality of life of our people, made up of the bulk of our decision-making electorate. The process is in place, and it is red hot too, but it is not having the due effect on our lives that it must, and it has no influential bearing on reality in terms of handling the most burning issues of our everyday lives.

Why is that? The most discreet response to this question is that the main participants in the process, the political forces, are busy with their own agendas of survival and self-perpetuation. To say it a little bit more incautiously, the more or less vigorously functioning political parties are totally off kilter when it comes to planning and working on a higher standard of living for us, Georgia’s citizens. This, in the first place, concerns the oppositional powers, whereas it is in the nature of a ruling party of any nation to be interested in keeping that standard to a high level, for such an attitude strengthens their position in the public eye. The opposition feels better when things go from bad to worse in the country. Drawbacks and pitfalls are what make them tick. They literally breathe with the failures of the ruling power. The worse the better, each failure renewing them with political energy.

To cut a long story short, the political process here in Georgia is crippled and detrimental, and it is not at all in the service of the best interests of our people. Can this change? No, not if there comes no didactic help from our Western friends and allies, who have the right experience and knowledge to share with us. If they are as good a friend as they tell us, they should have us sit down and grind at that difficult and as yet unmastered science until we get results. And here is why: Georgia will collapse if this crippled political process continues in the same familiar, infertile way, burdening so badly the already shattered nervous system of our electorate. We, the people, want to see at our disposal something healthier than this. We have been caught in this up-and-down blurry spiral for thirty years now.

In a word, enough is enough. If the process needs any serious medication, let’s find and apply the necessary treatment. Keeping it the way it is right now might result in an irreversible dead end. We must all get it straight, and the West should, ideally, take it seriously, that we are no longer in a position to waste time. The political process has to be productive in many good ways, especially when we’re talking about a better life for our people!

Incidentally, a better life is not something ephemeral; waited for interminably. A good life is a very specific thing that allows all of us taxpayers to feel better, something which boasts the power to prolong humanity. Anything short of that or contrary to it is a sheer waste of time, so let the current political process in Georgia give us something more solid and tangible than it is putting on the table today. The political forces that pretend to be alive and functional simply must do the right job before it’s too late. But I don’t think we will be able to do it alone, without our wise, skillful and experienced instructors from the West.