The Political Debacle Continues as Parties Once Again Fail to Agree 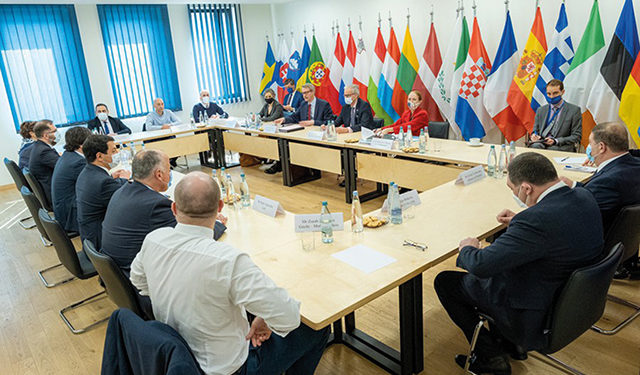 The week began with cautious optimism: after many weeks of discussion with Special Envoy of the President of the Council of Europe Christian Danielsson, and other representatives of the concerned West, the final meeting between ruling party Georgian Dream and the opposition was set for March 30. It was to be a day on which many hoped to see constructive communication, compromise, and the uniting of Georgian politicians within Parliament for the good of their country and its international reputation. But it wasn’t to be. Despite the EU mediator’s best efforts, no agreement was reached. The talks failed again.

On March 29, Danielsson met with the political parties separately to prepare the ground for the next day’s meeting between Georgian Dream and the opposition. Afterwards, he stated the goal was to “find ways to accomplish the most difficult points of this mediation.”

“Compromise is difficult for everyone and requires political readiness to take the right steps. However, it has no alternative. The priority is the national interest of Georgia. It is the only way out of the political crisis,” the diplomat said.

He also emphasized the importance of ending the current crisis in order to diversify attention and focus on important issues such as the pandemic, economy and national security.

He told the parties he’d be putting a document on the table the next day, and that it was the responsibility of the leaders of the political parties to sign it. He further explained that the goal is to have a sustainable framework in place for the future.

“This is a way to restore trust,” he said. “This proposal will address the need for systemic reform to increase public confidence in the electoral process and the judiciary. This is an opportunity for leaders to demonstrate their democratic maturity.”

Ahead of Tuesday’s showdown, leaders of the opposition parties talked with press about the issues covered in the second-to-last meeting with Danielsson.

Salome Samadashvili, member of the National Movement, stated that the issue of political prisoners, particularly the cases of Nika Melia and Giorgi Rurua, were thoroughly discussed with the EU diplomat.

“Everyone, including the mediators, is well aware that without resolving this issue, there will be no room for agreement, and today we had a detailed conversation on the issue of political prisoners, the challenges in the judiciary system in the country, and the problems of justice in terms of politics,” she added.

Leader of the Republican Party, Khatuna Samnidze, said, “This agreement cannot be reached without compromise, and both sides must be ready for that. There will be talk about it and there will be room for compromise when the issue of the prisoners is resolved,” Samnidze said.

The meeting between the opposition and the Georgian Dream, mediated by Christian Danielsson, lasted seven hours and ended without results on March 30.

“Yesterday showed us once again that radicalism and radical positions are still the damaging factors that hindered and hinder the construction of the modern Georgian state.

“We must end the political polarization and build a successful state,” Gakharia said in a statement issued on the occasion of the referendum on Georgia’s independence and the birthday of the country’s first president, Zviad Gamsakhurdia.

“The referendum held on March 31, 1991, was the date of Georgia’s declaration of independence, and the beginning of the construction of a modern Georgian state.

“It is noteworthy that the population of Georgia, including the regions of Abkhazia and Tskhinvali, participated in this referendum,” Gakharia said. “State-building is a long and challenging process, and each of us is obliged to contribute to it. We must end the political polarization and focus on building a successful state.”

Also in response to the failed talks, Lithuanian Foreign Minister Gabrielius Landsbergis posted on Twitter, saying he was disappointed with the failure of the agreement between the government and the opposition.

“Grateful for Christian Danielsson and the EU for mediation mission in Georgia. Upset and disappointed that the Georgian Dream and opposition failed to reach an agreement. That sends a bad signal to friends and partners. A period of reflection is needed,” he tweeted.

The British Embassy also put voice to the overall feeling of disappointment.

“The British Embassy deeply regrets that the Government of Georgia and the Opposition failed to come to a negotiated agreement during the talks mediated by the EU. This is a missed opportunity that will delay Georgia’s continued advancement as well as Euro-Atlantic integration,” they posted on social media.

“The dialogue must continue,” the Embassy emphasized.

“We urge continued progress on judicial and electoral reforms, and all parties to continue negotiations until all issues are resolved.”