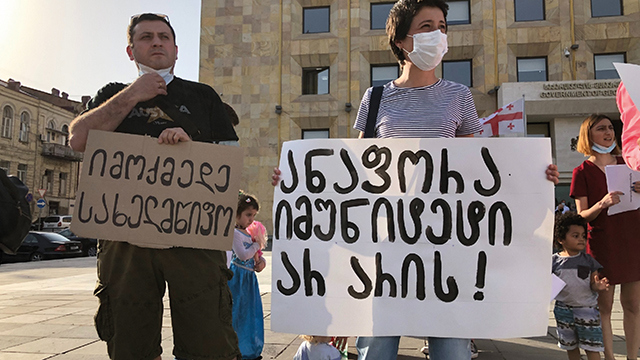 This week, UNICEF announced it is ready to support the Georgian government in moving children from large-scale institutions to family- and community-based care.
The organization released a statement regarding the media storm related to the Ninotsminda Orphanage, among which stories were told about alleged crimes and violence against children having taken place at different times. There were apparently some 53 children being kept there.
In two cases, an investigation was launched on the basis of a written statement received from the Public Defender’s Office, while in other cases the investigative procedures were initiated upon the request of the Agency for State Care and Assistance for the (Statutory) Victims of Human Trafficking.
“The removal of children from institutions should be carried out carefully,” UNICEF noted. “The best interests of the child should be prioritized to minimize their traumatization. Assessment of children in institutions should be used to inform the transition to family-and community-based care, with a focus on reuniting children with their own families where possible. Only those specialists who possess relevant knowledge and skills to work and communicate with children should be allowed to participate in the process, the organization advised.
“Pending investigations regarding the physical and sexual abuse of children or any kind of violence should be finalized in an urgent and child-friendly manner. Children who participate in the relevant investigative proceedings should be protected: traumatization and victimization of children should be avoided at all costs. Legal aid should be provided and other guarantees fully applied in the process,” UNICEF wrote.
“Meanwhile, social workers and specialists of the relevant state monitoring institutions should conduct regular visits to all institutions to provide a professional assessment on the safety and well-being of children.
“Children placed in the institutions should have access to a complaints mechanism to report abuse and misconduct.
“Individual plans for children placed in institutions should be formulated to determine relevant alternative care services and the professional support required. Relevant alternative care and family support services should be strengthened to support these children after their leaving the institution, as well as their families and professionals working with them. 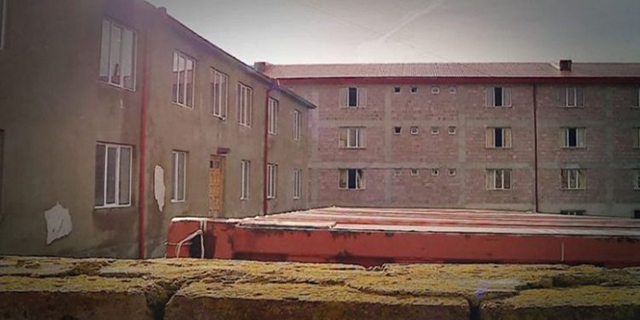 “Relevant actors should respect the right of all children and their families to privacy at all stages of the deinstitutionalization process,” the UNICEF statement reads.
The organization went on to note that it stands ready to support constructive dialogue between different partners around deinstitutionalization and effective family support services. Any support should be directed towards strengthening families and keeping children in families rather than funding largescale care facilities.
“In the long-term perspective, UNICEF will support evidence generation of the push and pull factors for children’s institutionalization, assist relevant actors in the development of the de-institutionalization action plan and its implementation, and will support the strengthening of family support services.”
The State Agency for Care and Assistance of Victims of Trafficking said this week that 20 minors have left the Ninotsminda Orphanage-boarding school, seven of whom are children with disabilities. In their best interests, they have been transferred to other forms of care, such as to their biological families, small family-type houses, or foster care.
In the meantime, the Public Defender’s Office continues to study the rights protection of children in the Ninotsminda boarding school. Based on the information received, investigations were launched into four criminal cases of alleged abuse of minors in 2016-2021. Three cases concern alleged violence (Article 126 of the Criminal Code) and one case concerns alleged rape (Article 137 of the Criminal Code).
At this stage, the Public Defender’s Office says it does not have detailed information about the alleged offenses, circumstances, the persons involved, or the measures taken in response. The Public Defender’s Office has already applied to the responsible agencies for the purpose of obtaining said information. “Despite evidence of child abuse, and the several ongoing criminal cases, including one for the rape of a minor, the doors of the Church-run Ninotsminda Orphanage remained closed to public scrutiny. Even Georgia’s Public Defender was barred from investigating what was happening at the orphanage,” OC Media reported in an article dated June 3.
“On 1 June, a protest was held in front of the Chancellery of the Government of Georgia, where about 100 people demanded that the conditions within the Ninotsminda Orphanage, a closed religious boarding house, must be investigated and made public. However, neither the Public Defender of Georgia, Nino Lomjaria, nor the Public Defender’s monitoring group have been allowed to meet with the children staying at the orphanage,” reads the article.
The refusals are said to have come directly from the Archbishop of Skhalta, Reverend Spiridon, who is alleged to have held the Prosecutor Public Defender’s Office’s supportive stance toward the LGBT community against them.
Yet, this week, the Georgian Patriarchate appealed to the Ministry of Internal Affairs to make public the details of the criminal case related to the Ninotsminda boarding school.
“Based on the Public Defender’s statement, it recently became known to us and the public that criminal cases have been launched in the Ministry of Internal Affairs in connection with the Ninotsminda boarding school,” they announced.
“We appeal to the relevant service of the Ministry of Internal Affairs to make these cases public so that nothing is hidden from anyone and speculation does not take place.”
Mikheil Sarjveladze, Chairman of the Committee on Human Rights and Civil Integration, noted that “as a result of the involvement of the Ministry of Health, none of the children in the Ninotsminda children’s boarding school is in danger and there is no reason to be nervous.”
“Currently, the Ministry of Health has virtually every leverage, both legal and factual, so that we can say with absolute certainty that none of the children in the boarding school is in any danger. Work will continue to ensure that the Public Defender can actually monitor the situation in the boarding school,” he said.
“After the child care service was given the opportunity to enter the Ninotsminda Orphanage and carry out its activities, six juveniles expressed their desire to leave the institution,” the State Agency for Care and Assistance of Victims of Trafficking announced on June 4. “Intensive work is currently underway, and up to 10 more children have been identified to be transferred. Psychologists of the agency are also involved,” reads the statement.
On June 7, the same agency reported that 20 minors had left the Ninotsminda Orphanage, seven of whom are children with disabilities.