The Leaked Recording of Ivanishvili Gets the Ruling Party in Trouble 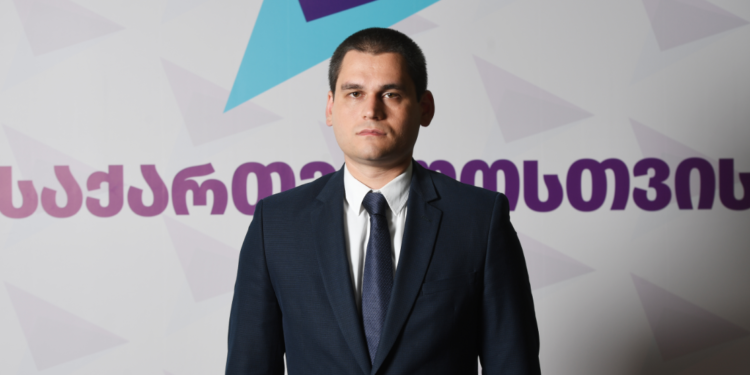 Yesterday, a shocking phone call recording was leaked in the media. In the recording, the former Prime Minister, founder of the “Georgian Dream” party and billionaire, Bidzina Ivanishvili, was heard talking with Vladimir Yevtushenkov, a sanctioned Russian oligarch.

Different fragments of the recording include talk about possible business negotiations between Russia and Georgia. One of the most shocking is the part where Ivanishvili promises the oligarch to set a meeting with PM Garibashvili. It raises questions about whether the party and the government are free of the influence of informal powers.

“Instead of leaving the political arena, Bidzina Ivanishvili continues to rule the political life of the country. Instead of the prime minister, we have his assistant, who meets the people who Ivanishvili wants” – Mikheil Daushvili, MP and the leader of the party “For Georgia” said about the recording at the parliamentary session.

Daushvili considers the “Georgian Dream” a danger for both the people and the future of Georgia.

“Today, we listened to members of the parliamentary majority, who were talking about caution and the need to avoid the war,” Daushvili says. “Of course, none of us wants the war, and we all agree that we need to be cautious. But here’s a question – Is it a caution what GD is doing, aren’t they creating more and more risky situations for the country?

“Several days ago, you published a so-called “summary”, to celebrate the ten-year anniversary of the party. The fact that your leaders started glorifying it, reassured us that you’ve lost the perception of the reality, of the people who are poor. Your only goal is to remain in power as long as you can. That’s exactly what makes me think that you’ve become a danger to the country, to its people, and the future,” Daushvili claims.

“For example, yesterday, we heard a phone call recording between Mr. Ivanishvili and Yevtushenkov. I want to make a clear statement – If this recording is authentic, it means that we are in a terrible reality. This reality may lead us to the moment when even the future will be unclear. If this recording is real, then it means that Ivanishvili, instead of leaving the politics, increased his influence over the arena and can make the prime minister meet the people, he wants. You may remember his letter addressed to Gakharia, which he published last summer, at that period of time when the party had hard times. Now I want to ask you, the majority – Will Ivanishvili address the people and the country now when there are so many questions. Question one is about the recording, which was leaked yesterday. What was he talking about with Yevtushenkov, what kind of meetings did he set for him in Georgia, and, overall, to where is he leading the country?” Daushvili asked.

He also said that Georgia is slowly becoming an “instrument in the hands of Russian oligarchs, being used to avoid the sanctions.”

“In the recording, we can clearly understand that he is talking with the sanctioned oligarch about helping him to avoid the sanctions, and, for that reason, he sets a meeting for him with the prime minister,” Daushvili notes. “Davit Khidasheli, who is a figurant of the “David Gareja” case and who is leasing thousands of acres of Georgian land, is doing so with Russian money. From this recording, we hear that the PM, instead of being the prime minister, is still in the position of the assistant of the oligarch, and he has to meet sanctioned people. It increases the danger to the country and its future. It’s clear that Georgia is slowly becoming an instrument in the hands of Russian oligarchs, to avoid the sanctions. The instrument we are talking about has 20% of its territory occupied, with an as yet unfinished process of borderization, with the people daily kidnaped. They are doing everything to make us lose our sovereignty and freedom.”

“We were asking you to do just these things,” Daushvili tells the government. “To show the relevant support to Ukraine and to not let anyone use the country as the instrument for sanctioned oligarchs. Instead of doing it, you made everyone ask questions about our position, made others blame us, and as it seems, you are going to truly make the country an instrument in the hand of oligarchs. It means that you help Russia in this war against Ukraine. You help them to take away the sovereignty and the freedom of our country. I’d like to ask you, my former fellow party members, do you see the side of the history you choose? Do you take the responsibility for it?”

Yevtushenkov confirmed that the recording was real. Therefore, many opposition leaders are now awaiting the West to set sanctions on Ivanishvili. To sanction him for allegedly helping Russian oligarchs avoid the heavy sanctions.