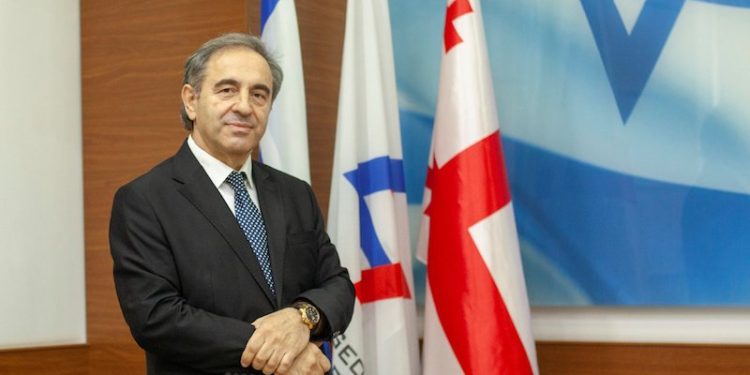 Itsik Moshe, a long-time resident of Georgia, was to fall victim to an assassination attempt, it is claimed.

The State Security Service released information yesterday, stating that an attempt to kill an Israeli citizen planned by a criminal group in Georgia was detected and prevented by the Counterintelligence Department of the State Security Service. According to their information, persons with dual citizenship of Pakistan and Iran-Georgia have been arrested as a result of the operative search measures and investigative activities.

62-year-old Itsik Moshe is the president of the Georgia-Israel Business Chamber and the founder and head of the Israeli House.

He claims that he still does not know the details of who planned to kill him. He suggests the assassination attempt on him is likely related to his work and was motivated by anti-Semitism.

“I have been working in the Eastern European region for more than 30 years – my work is related to the representation of Israel, Israel’s relations with friendly countries. Recently, the anti-Semitic wave has intensified. We had a global forum in Jerusalem last week and maybe all this is related to that… when you are Jewish, many countries and people don’t need many reasons not to love you,” he said.

Moshe notes that he did not know at all that his assassination was planned until yesterday, and after the public statement of the State Security Service of Georgia, at the end of the day, he received a call from the President of the State of Israel, Isaac Herzog, and was told to take care of himself.

“If I had suspected anything, of course I would have informed the Georgian and Israeli sides. Until yesterday, I did not know anything was planned. It doesn’t take much to motivate the enemy, there is a lot of anti-Semitism in the world against Israel, Jews in general, accompanied by an increasing number of actions- increasing by more than 50% per year. All Jews are at risk abroad. The first call I received was from the President of Israel, who said that he is very proud of my work, he asked me take care of myself,” Itsik Moshe told Rustavi 2.