The Economic Roots of Georgia’s “Defection” to the West 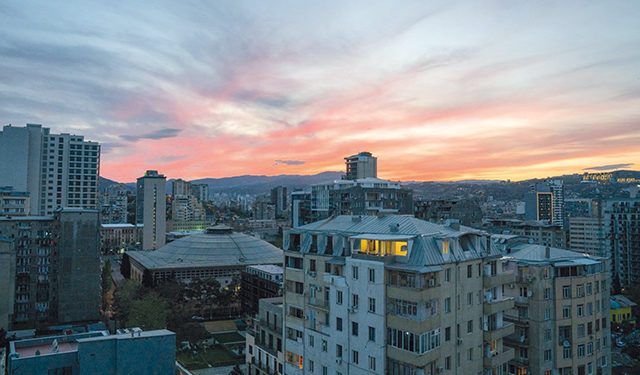 An important part of a country’s foreign policy lies in its economic moves. This is particularly true in the case of large states seeking a bigger role on the international arena.

For example, China has been implementing the ‘Belt and Road Initiative’ (BRI), while the US during the Cold War brought in the famous Marshall Plan to help Europe restore its shattered financial strength. Both projects pursue(d) projection of political power through economic means.

Long gone are the days when it was possible to occupy territories solely through military power. Increasingly, as modernity enabled the rise of self-consciousness and nationalism among small states, it has become difficult to rely on repressive measures. A policy of active economic initiatives targeting one ethnic group inside the country or a separate state has thus gained additional importance.

Looking at the last 30 years of Georgian-Russian relations, there has been almost everything one could imagine: from cordial talks to wars to a full-scale economic embargo. More negative than positive, but well illustrative of the limits of Russia’s foreign policy.

True, Georgia has not been economically that important to Moscow as, for example, Ukraine, Kazakhstan or Belarus, but Russia is always interested in influencing Tbilisi. Still, Georgia is a vital transit corridor between west and east, as well as north and south. Moreover, without Georgia, it will always be difficult for Russia to effectively control the restive North Caucasus in the long run.

The Russian political establishment failed to see that a major reason in Georgia’s shift to the West in the early 2000s was a shattered post-Soviet economy and no help from Moscow. Russia was not perceived as an enemy when the Rose Revolution was about to happen in 2003. There were simply no concerted efforts from the Russian side to lure Georgia economically.

True, Russia on its own was experiencing turbulent times and was much self-absorbed with internal problems when Vladimir Putin came to power in 1999. Even when Russia became financially stable by the late 2000s, no viable long-term economic vision was offered to the former Soviet countries. The announcement of the creation of the Eurasian Economic Union (EEU) did not produce the expected results, nor did it stop Ukraine from drifting away from Russia in 2014.

Again, Russian political thought failed to recognize that Kyiv’s choice to move closer to the European Union was based on the latter’s economic attractiveness. As no brotherly relations with Russians could stop Ukrainians’ drift to the western economic space, much less surprising is the Georgians’ eagerness to join the European market.

Simply put, Russia has not been attractive enough. Even those countries which are economically close to Russia simply have no other alternative. Take, for example, Armenia, a large proportion of which is not enamored of Russia, but is entwined in the Russian economy because there is no other option. The same goes for the Central Asian states, which still prefer the Russian economy to the Chinese market (though even this trend, based on Central Asia’s cultural and historical closeness with Russia, started to shift and the region’s economic relations with China now thrive).

When it comes to choosing between Western and Russian economic spaces, even those culturally closest to Russia still choose the West. The roots of this problem for Russia are the country’s inability to build powerful state institutions and a thriving economic space with opportunities for peaceful development across the former Soviet territories.

What is troubling is Russia’s failure to understand the source of the country’s weakness – a need for rapid restructuring of economy to yield higher industrial and technological results. On the rare occasion high level politicians openly discuss this, it usually ends with no specific results.

It can be argued that for the last 30 years, Russia has not pursued a consistent economic policy towards Georgia. Investments were occasional, while other political decisions only further hampered bilateral relations. The case of Georgia’s “defection” to the West well reflects how less attention is paid nowadays in Russia to economic components in the country’s foreign policy. There are even hints that Moscow now prefers military moves to economic ones.

Even from a strategic point, one can say that Russia simply has not got a foreign policy towards Georgia, except for militarily preventing the country from joining NATO and the EU. No long-term approach of economic, cultural or other components has been formulated. As a result, by 2003, it was already late to reverse the existing trend in Georgia, while a similar process is now seen in Ukraine.