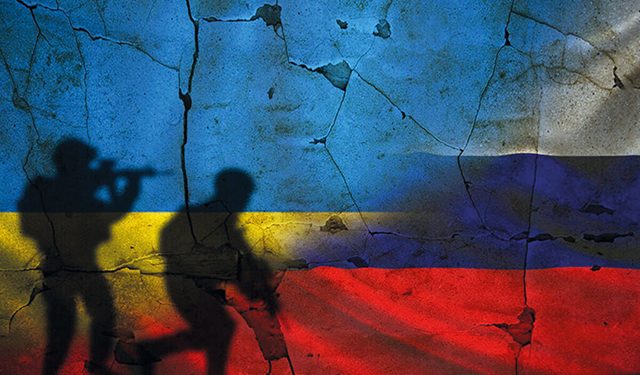 The erstwhile heat, fear and exaltation caused by the war in Ukraine have recently been dwarfed by the chaos in the oppositional National Movement in Georgia. Both the public and media have gotten tired of talking about the war, having instead been transfixed by the internal political fluids and passions. The war is still raging, showing no signs of coming to any logical end, and Sakartvelo is adamantly keeping its neutral peaceful position, trying to demonstrate its balanced attitude to both sides, gradually losing Ukraine as a friend and unsuccessfully attempting to make an ally out of Russia; blowing hot and cold, despite the current political climate dictating we be clear and sharp, and that we perhaps make reckless choices. But we can’t, because this might mean us going to war.

Half of our local experts, watching and analyzing this runaway war, readily predict Russia’s complete and final surrender and ousting from the invaded lands. The other half would say that Russia will not give in that easily, and if it does back off, it will only be used as a tactical move to ready for an even more powerful assault.

The problem is that we the people have no idea which opinion is right or wrong; true or false. As such, we see the best way to act is to listen to foreign opinion, but that can’t be 100% reliable either. Another sizable problem is that some of those commentators want to perpetuate the idea that if Russia wins the game, Ukraine will be gone as a geopolitical unit and Russians will continue invading the world in an even rasher way, and if Russia loses and is driven to her existential limits, she might use her nuclear potential, exploding the globe in a Shakespearian to-be-or-not-be fashion.

None of this seems believable enough to rely on in further expressions of opinion. It’s likely nothing will happen to the world, nobody will drop a nuclear bomb, Russia will never invade Europe, and Ukraine will survive to rise from ashes. Scaremongering has become trendy; apocalyptic predictions having become a norm. I could put it very plainly if not sagely: International diplomacy has to go after Georgia’s well-known example of being a balanced actor, not making waves, taking care of its own people and business, insisting on peaceful coexistence, developing its own country and not poking its nose into somebody else’s affairs. Wars have sometimes been fair and justified, but the proxy war on Ukrainian territory is a plain piece of cynicism directed like a poisoned arrow right into the heart of both Russia and Ukraine. The world around them, which wants to give the impression that it is involved and feels hurt because the young labor force and genetic fund of both nations are being annihilated, has, however, yet to demonstrate a keen interest to stop the damned thing, and is now gradually losing interest in the developments as they take place.

Look at us in Georgia, for instance: the talk of politicians, journalists and citizens has moved from the theme of war and its possible consequences for Sakartvelo, and has started concentrating more and more on the circus going on within the depths of the United National Movement of Georgia, which the other day somebody called the “national disunion movement.” In a way, the attitude could be justified, because we do need to be concerned more with the business of our own nation than that of someone else’s. And if this is true, all is OK in this country: our politics, social life and economy are the first and utmost. The war will end someday soon and the globe will be safe too, and the big talk about a possible nuclear conflagration will come to a reasonable finale. Meanwhile, Georgia will be peacefully getting ready for a better life, using for this its entire polit-economical arsenal in the habitual peaceful way, biting the bullet bravely and wisely, as it has been doing since February, which is very, very good.