The Chaos of Democracy 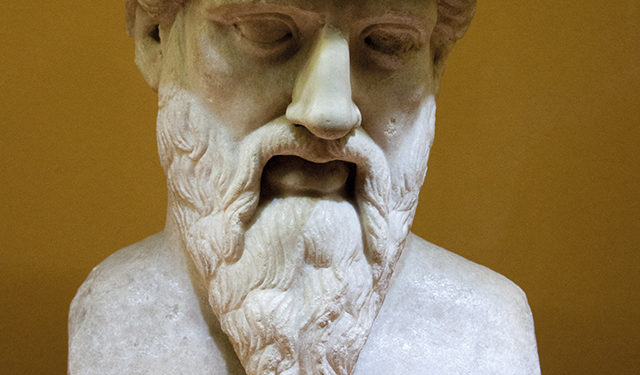 Unless my memory fails me, the words regarding the ‘chaos of democracy threatening Mankind’ are ascribed to one of the giants of ancient thought, Pythagoras. What I am sure about is that they are true even two and a half millennia after they were first pronounced.

A certain disapproval of democracy as one of the forms of Man’s sociopolitical existence has always been trendy among those who wanted to make the world a better place to live. Just delve into the internet (the most accessible source of knowledge and information today) and there we go, it is full of articles of various size and value about our beloved democracy: Why Socrates Hated Democracy? Plato and the Disaster of Democracy, Why Democracy is Failing to Deliver Economic Growth, What’s Gone Wrong with Democracy? The Failure of Democracy, etc. – just hundreds of rebukes directed towards the most popular system of organizing human society! Why? Because there really is something chaotic about it, but as yet nothing more acceptable and happily practicable than what we usually call democracy has been invented.

Speaking about people and their role in the democratic process, there has always been a swirling question in my mind: how could I, or anybody else like me, know in advance who the best person is to rule the country? The question is hilariously primitive, but it would be awfully valuable to have the answer to. The question indicates that most of the voters standing in front of that doubt-generating ballot box have not even the slightest clue whether the dude who succeeds in grabbing our vote will be the most optimal choice to represent us where the powers that be make decisions for all. Hence, Pythagoras has most probably bequeathed pure truth to us, the modern voters.

Democracy, as it is interpreted by most of humankind today, is about the so called vox populi, expressed in freedom of thought, liberty of decision, unbridling of behavior, a participatory way of life, grading of difference between male and female, crowds in the street, vociferous social protest, transparency of political efforts, and so on.

Having said that, let us now throw this little parenthetical introduction into the minefield of the Georgian political reality within which the chaotic arrangement of our democratic way of life is predicated in the clearest possible way. The hottest spot in the arena is definitely the apprehension of Georgia’s third president – the famous revolutionary, reformer and innovator, whose good deeds were superseded by his unfortunate misdeeds, redolently mixed with cruelty and paranoia of power. The issue has totally consumed almost every other pre-electoral controversy in the country, as if the main national theme is this one and others have already been rectified so successfully that our felicitous existence has already arrived in Georgia.

An ex-president serving out a jail sentence is a heartbreaking story of course, but I am doubtful if this is what we should be killing ourselves over day in day out. The lackadaisical reaction of the West and the country of his citizenship to the incident is one of the strongest corroborations of my thoughts. On the whole, doubts prevail while analyzing the anatomy of the event: Does the Ex deserve it? Is he a felon indeed? How fair is the confinement judgment of six years. Why six? Why not more or why not less? Who said that the verdict has been weighed to the utmost precision? I just wonder if the constitutional court of the country shouldn’t make the whole thing clearer so that the public on both sides of the watershed can be rid of their doubts and misgivings: the former president’s supporters would then not even utter a word about the reasons for his conviction, making a martyr out of a trivial wrongdoer, and his opponents would never mention even one good thing that the convict might have executed in his past of mixed doings. This is exactly why somebody (most probably, the constitutional court in this particular case) should come up with a fair and transparent lineup of pros and cons, describing the issue that might blow up to the extent of even furthering the extant chaos of democracy in the land.