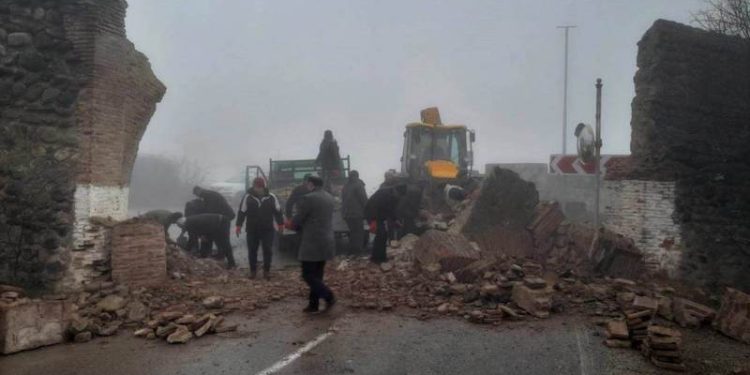 The Sighnaghi Town Hall reports that the 18th century arch in the town collapsed as a result of a traffic accident that happened late at night. Representatives of the Ministry of Internal Affairs were working at the site throughout the night.

Representatives of the local government and the National Agency for the Protection of Cultural Heritage remain in the area.

The Sighnaghi Arch is a monument of cultural heritage of national importance and is part of the fortress-wall which was built by the order of King Erekle II.

Sighnaghi City Hall announced that the arch will be restored in the near future.