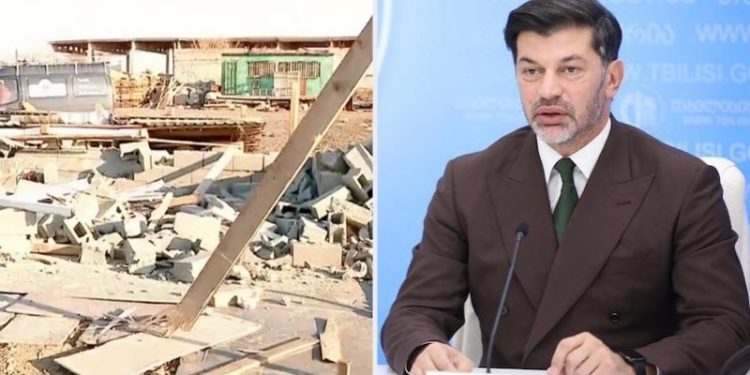 There was tension in the Orkhevi settlement (Samgori district) in Tbilisi, where the municipal inspection started dismantling houses. The Tbilisi City Hall notes that the construction in the mentioned area was illegal.

Locals say they appealed to the City Hall earlier to legalize the area, however, the procedure was delayed in time and eventually, the space was not legalized.

Some locals claim that they do not know now where to spend the night, as their only living spaces were dismantled.

According to the representative of the municipal inspection, they dismantled the houses where no one lived.

“No one lived in the houses that were dismantled today. We do not know if they are locals or where they are registered. However, in order not to leave anyone on the street, the City Hall, the municipal service and the district administration are mobilized. If anyone stays on the street, we will provide them with housing,” said a representative of the inspection.

The Mayor of the capital Kakha Kaladze said regarding the above that “no one will be allowed to seize state lands and carry out illegal construction.”

He noted that the dismantling process has started based on the conclusion of the investigation.

“Regarding the homeless people, we have a special program in this regard and all people with such status will be provided with housing,” said Kakha Kaladze.

The Center for Social Justice calls on the Tbilisi City Hall to immediately stop the dismantling process in the Orkhevi settlement and provide the affected people with long-term housing and necessary services.

“The process of dismantling the buildings by the Tbilisi Municipal Supervision Service has once again shown the zero sensitivity that the Tbilisi City Hall has towards the homeless and the people at risk of homelessness. The only argument of the City Hall in this process is the fact of building the existing constructions without a permit and the formal enforcement of the law -” dismantling of “illegal” constructions,” the organization stated.