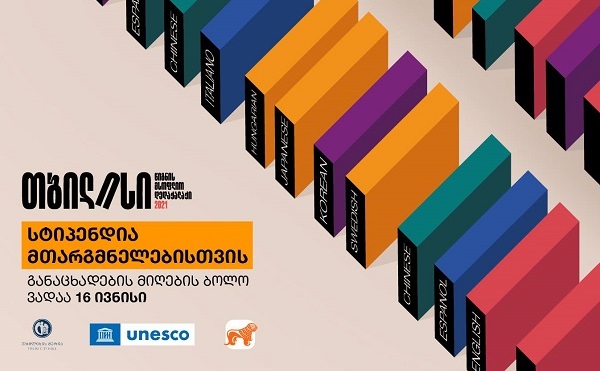 Those interested in participating in the competition should submit a cover letter, a short biography, and a sample of an unedited translation from any language (10-15 pages) to info@tbilisiwbc.ge by June 16, which will be evaluated by the editorial committee. From the selected applications, the winners will be revealed by a competition jury. Also, contestants must substantiate why they want to study the selected language.

Their cover letter should reflect a rough knowledge of the literature available in that language, which will also facilitate future collaboration with a potential publisher.

The five winners will be revealed by June 30, while the scholarship will be determined for 10 months and will be counted from July 2021. Participants must submit documents certifying their level of knowledge by the end of the calendar year, no later than December 20.