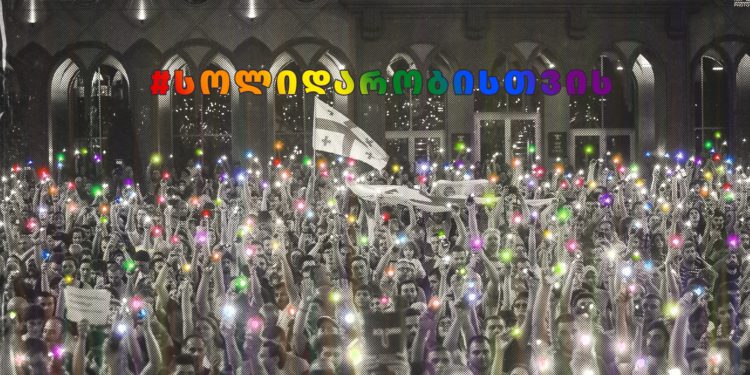 On July 5, ‘Tbilisi Pride’ will hold a ‘March of Honor’ on central Rustaveli Avenue in Tbilisi. Representatives of the organization talked to journalists about future plans.

The slogan of the ‘March of Honor’ will be ‘Come out for solidarity.’

In addition, ‘Tbilisi Pride’ will organize a documentary film screening and a music festival during Pride Week.

“We, the LGBTQ people, need to speak out loud about our problems; we need our family members, friends, colleagues, fellow citizens and the state to make our voices heard,” the March organizers said.

Tbilisi Pride’s demands from the state are as follows:

Carry out human-centered policies;
Fulfill a positive commitment to creating an equal environment, overcoming homophobia, stigma and discrimination;
To investigate hate crimes and to uphold the principle of justice;
Protect the security and freedom of expression of every citizen, regardless of sexual orientation and gender identity.

Pride Week will be joined by the movements ‘Shame’ and ‘Women’s Movement.’

‘Tbilisi Pride’ wanted to hold a ‘March of Honor’ in 2019, but the event announced in June was postponed to July. The reason in all cases was to protect the safety of the activists from the aggressive actions of conservative and right-wing politicians and public figures.