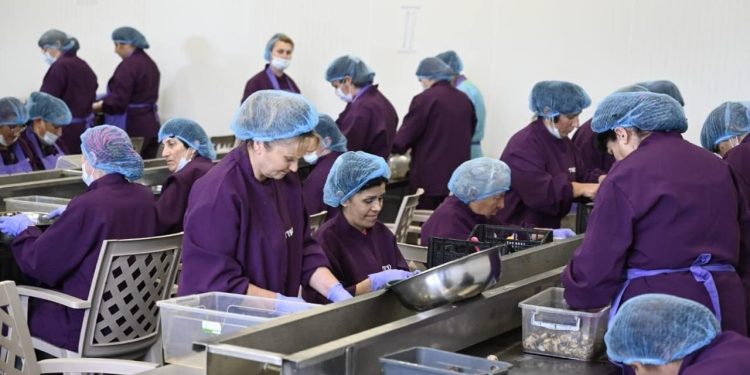 The jury for the TBC Business Awards has chosen 15 contenders in 5 different categories. This significant business event is now in its 4th year. One of the fortunate businesses to receive a nomination for Outstanding Role In The Development Of The Region and receive the distinction of being in the finals is Abbe Timeo.

With no competitors in the area, Abbe Timeo runs a snail factory in Tsilkani where it processes up to 1000 tons of snails annually before exporting the entire harvest to France.

In the town of Tsilkani, the firm Abbe Timeo invested up to 6 million GEL to build a facility for the processing of snails that is 2000 square meters in size and currently employs up to 170 locals. In addition to this, up to 5000 people from different regions of Georgia such as Kartli, Imereti, Kakheti and Mtskheta-Mtianeti were involved in harvesting.

The corporation is the subject of considerable interest across the EU. The business has a contract with the top seafood supplier in France, ESCAL, which generates a total yearly revenue of 1 billion euros.

Founder and Director of Acquisitions and Marketing of Abbe Timeo, Nikusha Merkviladze, shared his excitement over being part of the awards show: “In the first year, we managed to turn a startup into a full-fledged business, which is a great success for our company. We are incredibly grateful for the opportunity to compete in this award among companies like Udabno and Banhof Station.”

Additionally, Merkviladze discussed the company’s ambitions: “Future plans call for us to continually expand our product. This year, our plant processed roughly 400 tons of live snails. Next year, we’ll double that amount, increasing to 800 maybe even 1000 tons.