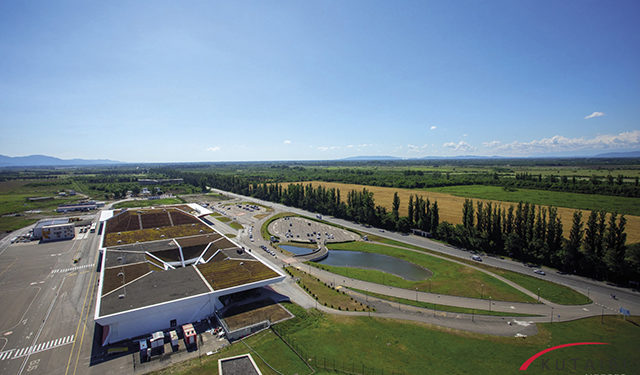 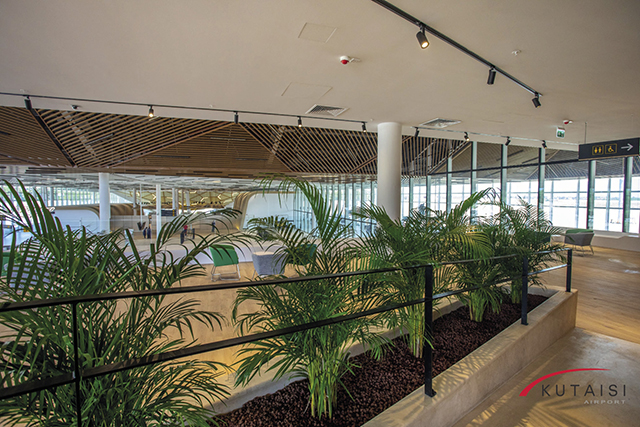 “The airport is six times bigger than it used to be,” she notes. “Today, we have the capacity to serve 2.5 million passengers per year while handling 1200 passengers at peak times. Passengers will receive improved services at the renovated airport: more staff, more food facilities, and improved infrastructure.

“Passengers will also have the opportunity to self-check, baggage drop off, as well as to use international brand food outlets at the renovated Kutaisi airport,” she adds. “In implementing this expansion, additional jobs have been created for those living in the Imereti region: the airport, together with its contactors, will be employing up to 1200 people in future.” 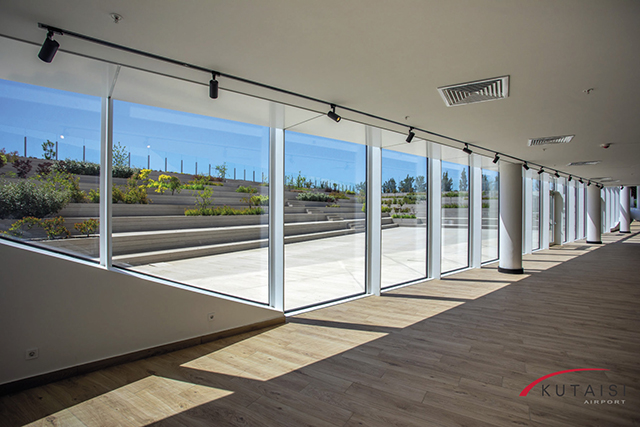 She also notes that, as a result of merging the two terminals, Kutaisi Airport now has a single terminal with arrival and departure halls and all the equipment needed for smooth operation. 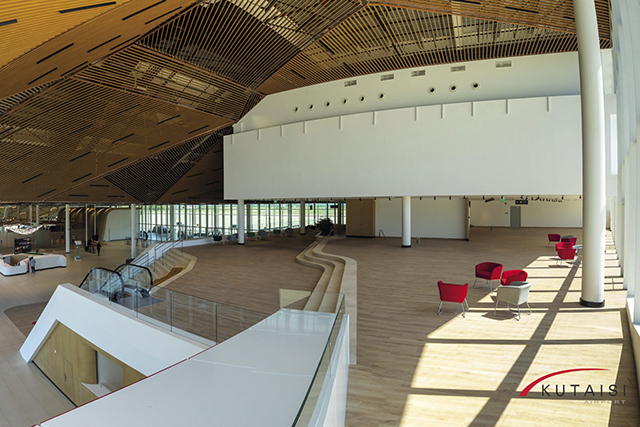 The concept-design of the David Agmashenebeli Kutaisi International Airport Terminal belongs to the Dutch architectural company UN STUDIO, and Mariam Karkarashvili, Architect-Designer of United Airports of Georgia, who adapted the existing concept to the airport requirements, and created the interior design of the terminal from the Georgian side. 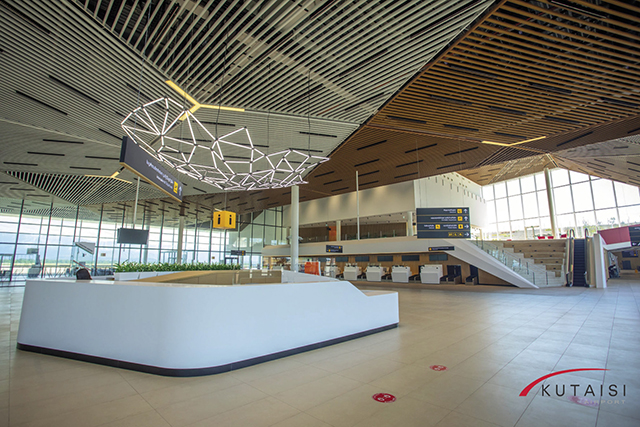 The area of the old terminal of Kutaisi International Airport was 4800 square meters. As a result of the expansion, the total area of the terminal has been increased to 30,000 square meters. The number of check-in desks has increased from 10 to 18 (including two baggage drop-off desks). The number of border checkpoints has increased from 6 to 11 in the arrivals zone, and from eight to 14 on the take-off side, while the commercial space has increased from 200 m2 to 2,000 m2. As such, the newly expanded airport can now serve more than 2.5 million travelers per year, an increase of more than four times the passenger capacity of the previous terminal.