Talakvadze: Truth on Our Side, Neither is Gvaramia Free Media, Nor Saakashvili a Beacon of Democracy 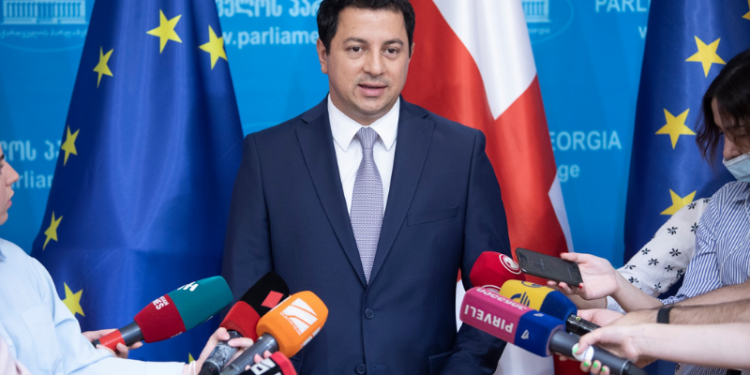 Archil Talakvadze, the Vice-Speaker of the Parliament, following the critical debate on Georgia in the European Parliament, says that the truth is on the side of the ‘Dream’ government.

“The truth is on our side: neither is Nika Gvaramia free media nor Mikheil Saakashvili a beacon of democracy – we are calmly waiting for the EU decision,” he responded to journalists’ questions regarding critical statements made in the European Parliament about media freedom and Nika Gvaramia’s imprisonment.

Talakvadze believes that this criticism is confusing to citizens.

“Making a resolution on this is in complete contradiction with the reality we have in the country and it is confusing for our citizens. It is absolutely unacceptable to raise the issue like this and it is a statement far from reality. The truth is on the Georgian side, neither is Nika Gvaramia free media, nor Mikheil Saakashvili a beacon of democracy. They are being held accountable in full compliance with the law, and we believe that the resolution is completely out of touch with the reality that exists in our country. Over the years, we have had assessments from both the EU and the Council of Europe and other international countries, where it was said that Georgia meets the requirements and the criteria set before it in the process of European integration. Our society knows very well that Gvaramia is not a representative of free media and Saakashvili is not a symbol of democracy in the country.

“Criticism might exist, however, we are calmly waiting for the EU decision. We believe and we are convinced together with our society that Georgia deserves the status of a candidate by all objective criteria and we expect a fair decision from the EU,” Talakvadze said.