Taking Stock of Recent Developments in the South Caucasus. Part 3 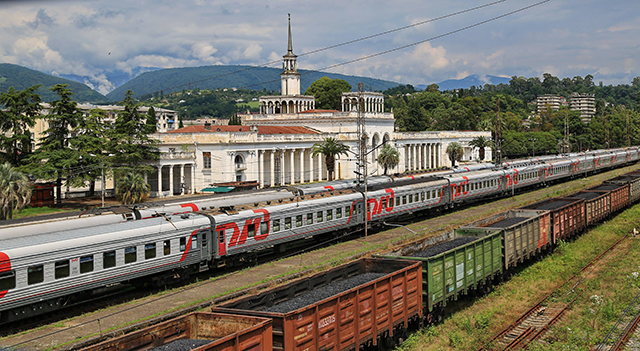 An important change that concerns Georgia is the emergence of new trade routes in the South Caucasus. Today, there is talk of reviving the Soviet-era railways from Russia to Azerbaijan to Armenia, and from Armenia to Nakhichevan. This will potentially allow Iran to connect directly with Russia.

In addition, Iran is interested in alternative routes. One could be a railway line from Iran to Azerbaijan via Russia, which is still under development. A second option is the potential restoration of the Abkhazian railway section from Armenia through Georgia. However, the economic viability of this project is under question. At the same time, there are mixed messages from Russia as to whether Moscow is indeed interested in restoring the railway through Georgia.

Indicative of these connectivity changes is how Abkhaz politicians tried to get involved in the overall “railway geopolitics” initiated by Moscow. Sukhumi is interested in the potential economic benefits because of the difficult economic situation in the breakaway region caused by the pandemic and the delay in Russian financial aid. De-facto President Aslan Bzhania and several other Abkhaz politicians, including Sergei Shamba, have openly supported normalization of economic relations with Tbilisi. It seems that Abkhazia thinks that the renewed rail traffic will partly alleviate the region’s economic difficulties.

Let us return to Russia, which understands well that rail traffic to Armenia through the territory of Azerbaijan cannot be safe because of the unbaiting antagonism between Yerevan and Baku. Therefore, Moscow should be actively interested in the restoration of the Abkhazian railway.
In general, the steps taken by Russia after the Second Karabakh War indicate that there is a struggle between the East-West and North-South rail directions in the South Caucasus. The east-west directions are supported by the collective West and Turkey, and the north-south directions by Russia. Iran supports both directions insofar as they are in Tehran’s long-term economic interests.

Tbilisi’s position here is also interesting. In general, transit through Georgia is important and welcome. However, the development of the Abkhazian railway is connected with many, so to speak, legal issues. Most likely, Tbilisi’s position on the resumption of the Abkhazian railway section will remain unchanged and the issue of its revival will be raised only if all Georgian regulations are observed – control of trains, necessary documents carrying Georgian state attributes, etc.

Another recent development for Georgia is its relationship with the United States and America’s fluid geopolitical position in the South Caucasus. In the form of Georgia, the US has an important partner in the region. This is not only explained by Tbilisi’s pro-Western policies, but also by the fact that Georgia’s location allows America to directly influence the transportation and energy corridor to the Caspian Sea. In other words, Washington understands that without Georgia, it will practically lose its ability to penetrate into the heart of Eurasia. We should bear in mind this very fact when we talk about geopolitical scenarios where the US is believed to stop supporting Georgia because of issues in bilateral relations. The reality is very different. Infrastructure is so important to the US that, due to dissatisfaction with the Georgian government, Washington will not spoil relations with Tbilisi at the risk of losing transit to the Caspian basin and Central Asia. At the same time, it should be noted that Georgia’s role in US foreign policy has not yet been singled out as a top priority. There is a lot of work to be done in this regard, both in Tbilisi and in Washington.

The political messages coming from Washington at the moment are different from what we had during Trump’s presidency – in the coming years, Georgia will be mentioned more often in the common geopolitical game between Russia and the United States.

Biden’s government will be much more principled towards Russia. This will be expressed primarily by oftentimes raising the issue of the liberation of the occupied territories of Georgia. Attempts to establish closer military and economic contacts may also be seen.

However, to avoid false expectations, it must be also said that, similar to what took place under Trump, Biden’s foreign policy will be focused on China. Russia’s role in this global conflict will be significant since both powers, China and the United States, will try to keep Moscow from falling into the rival camp. It is in this Eurasia-wide geopolitical context that Georgia’s place should be considered.